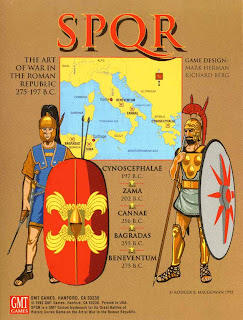 In a comment to the Worlds Collide post below, a reader reminded me that I had forgotten one of the other rites of passage from the "normal" world to the homeschool world:  the intermittent quizzes popped on your children to make sure they are learning as much as their peers.  This, of course, guards against the natural tendencies of homeschool parents to watch Oprah and Montel while drowning away the sorrows of their tedious existences with heavy doses of tequila.
Needless to say, I welcome these rather charming and facile attempts to pin my wife as an incompetent educator.  The children always do her justice.
At times though, the inquisitors of seculardom get more than they can handle.
I remember one time when the subject came up during a business lunch with three lawyer-types of what the children were learning in homeschool.  I told them I was really impressed with their Latin work (picture vacant stares-- you mean Spanish?).
Our whole family had just gone to see Julius Caesar at the Shakespeare in the Park festival, and the children enjoyed it.  But what impressed me was a little impromptu quiz I threw at them during the play.  In one scene, some Roman centurions entered carrying banners that said SPQR.  I thought I would try to enrich the experience for the kiddies (see, that's what homeschoolers tend to do).  So, I mischievously asked my 11 year old daughter, "Do you know what SPQR means?"
Without missing a beat, and before I launched into my planned mini-lecture on the Roman empire, she casually said, "Senatus Populusque Romanus."  Oh.
Picking up my jaw and feeling inferior, I wheeled on my 8 year old son.  "Do you know what that means?"
Even more casually than his sister, he flipped, "The senate and the people of Rome."  He didn't add, though I distinctly heard it in my head, "Duh."
When I finished my story to my colleagues, I looked around waiting for the impressed and congratulatory words of awe and praise.
Continuing my streak of lifelong disappointments, however, I got this.  "Maybe your kids can spend a week or so with us.  We'll take them to Six Flags or something.  That's weird."
And now, let us draw the curtain on this scene.  I'm nearly out of tequila.
Exeunt omnes.
Posted by thetimman at 9:16 AM

Oh, come on! The best you can do is an SPQR quiz for your children? I remember that and I wasn't homeschooled. I think its time you really start challenging your children. Maybe encourage them to memorize the order of the popes from Peter to Benedict XVI, but only allow them to learn it from a Japanese textbook. Just kidding, of course. And despite being one of these "lawyer-type" people, I'm quite impressed, especially that you're teaching them Spanish... (again, just kidding).

Your children put me to shame! (I couldn't have told you the meaning of SPQR.) :)

Tell your wife how wonderful she is!!

Their genes had to come from one side or the other, might as well be hers. ;-)

Actually, there is a nifty Latin DVD/textbook program called Latina Christiana for children that age. Great foundation in the language, with an emphasis on ecclesiastical pronunciation and vocabulary.

They also have a Latin phrase for each chapter-- unbeknownst to me, spqr was one of those.

A friend is teaching parish and home educated children Minimus Latin as a supplement to our Prima Latina home instruction. The class of 15 children ages 5-11 sang "Mica, mica, parva stella" to the parish school principal last week. Quite a moment it was.
A couple of things must be remembered, especially by those who would like to point out that home educated students also stray from the instruction in faith they received at home... First, Holy Scripture says to bring up a child in the way he should go and when he is O-L-D he will not depart from it. It is quite normal, albeit not welcome, behavior for a young adult to push and even break limits that have been set. Testing limits is not unnatural.
Salve Magister! Keep up the good Catholic instruction.
Feisty Muse