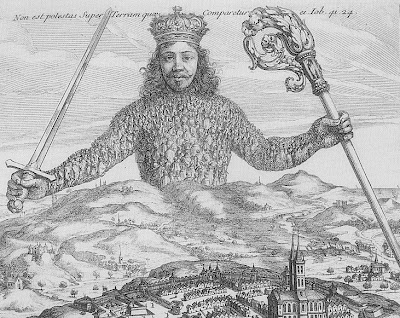 From the country that martyred St. Edmund Campion, St. John Fisher, St. Thomas More, and so many others, comes the following story from Lifesite News. In local elections in Great Britain, people are finally showing signs of chafing under the yoke of the surveillance state. Is this the beginning of a rebirth of freedom in the country that produced the Magna Carta, or merely one of the final wheezes of a dying patient, done in not by battle wounds, but by too much morphine?

Or neither (I admit, I tend to hyperbole on occasion)? Anyway, the story:

WESTMINSTER, UK, May 2, 2008 (LifeSiteNews.com) - In today's local council elections around the country, British voters delivered a devastating blow to Prime Minister Gordon Brown and the ruling Labour party, a signal that many believe may translate into a Tory win, even a majority, in the next general election. Experts say that the Labour party has not received such an electoral pummelling in forty years and estimate that more than 100 Labour MPs will now be fighting to keep their seats at the next election.

Especially alienated is the party's traditional constituency of the white middle and working class, who have grown increasingly exasperated with Britain's heavy taxation, rising cost of living, the growth of the "surveillance state", and the increasingly detailed and arbitrary regulation of daily life.

Since coming to power in 1997, analysts, both in favour and against, agree that the "New" Labour party under Blair has utterly transformed British society.

Stories abound in the press of a Britain labouring under the rule of an obsessive "nanny state" that controls and regulates every minute detail of life. While council tax rises, some councils have reduced the number of garbage collections to once in a fortnight and installed microchips in wheelie bins and hired "rubbish police" to ensure that citizens are not throwing away too much or the wrong kind of trash; violators can be fined or face charges.

Britain's millions of close circuit TV cameras monitor citizens everywhere, even in the smallest country villages. The various agencies of the state, particularly the Health and Safety Executive (HSE), have banned or attempted to ban everything from smoking in pubs to children playing with conkers to the bagpipes.

"Anti-discrimination" laws put in place by Labour have seen children and students, journalists, shop keepers and housewives investigated and interviewed by police for possible "hate crimes" for suggesting that immigrants ought to learn English or that homosexual partners should not be allowed to adopt children, or even for selling "politically incorrect" toys in their shops.

At the same time, violent crime, so rare in Britain until the 1970's that English policemen were famed for being unarmed, has risen to crisis proportions in the last ten years and teenage sexual activity has risen to put Britain at the head of the teen pregnancy, abortion and sexually transmitted disease list for Europe.

Labour's constitutional compromises with the European Union have culminated in most of Britain's laws being made not at Westminster by British parliamentarians, but from the European Parliament in Brussels and various unelected EU regulatory agencies.

As the news slowly leaked out in recent months that over 70 per cent of British legislation now comes from Europe, a movement grew to hold Gordon Brown to the Labour party's promise of a referendum on the new European constitution, now called the Lisbon Treaty. The Lisbon treaty is understood to give even more legislative powers over to Brussels.

This winter, Brown's determination to refuse a referendum grew in proportion to the demand that the people should have a say. In the end, a series of parliamentary tricks and party intimidation pushed the Lisbon Treaty ratification bill through the House of Commons without a referendum.

Baroness P.D. James, the novelist and life member of the House of Lords who spent thirty years in various departments of the civil service, told an audience at Westminster yesterday that British society had become "more fractured than I in my long life have ever known it."

In a speech on policing in the 21st century, Baroness James described a ghettoized Britain where citizens live in isolated communities in fear of violating a "cult of political correctness" with little loyalty to the rest of the country.

P.D. James, you may know, is the author of The Children of Men, a novel dealing with an unexplained total cessation of human fertility and its aftermath, when society goes an entire generation without producing a single baby. It's a great read, and very instructive to modern society. If you have seen the movie of the same name, it is vastly different from the book.

I hope I don't sound overly dramatic when I point out that casting off the Catholic faith puts a society on the road, whether it travels it slowly or quickly, to a system where microchips are put on your trash cans to make sure you don't throw too much trash away.

Great Britain is an absolute mess.
Posted by thetimman at 8:17 AM

I am just finishing Vox Day's "The Irrational Atheist" which is a total destroying of the likes of Harris, Hitchens and Dawkins. What is very evident in this book is the fact that all societies that have embraced socialist or communist "values" have turned on their own people eventually. It is inevitable. I have little hope for Britain, some, but little. But it is always darkest before the dawn, lets hope this is the first of many steps toward the Light of Christ.