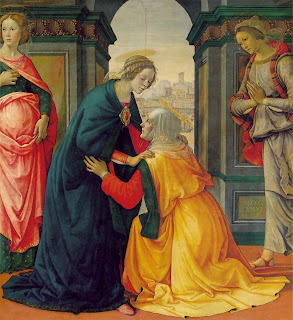 Fr. Brian Harrison, the well-known theologian and member of the Oblates of Wisdom, has written an interesting and important letter to the editor of the St. Louis Review concerning the upcoming Synod of Bishops as it relates to the inerrancy of scripture.  Fr. Harrison rightly takes on a fundamental misinterpretation by some of the Vatican II document,  Dei Verbum.  I have included the full letter below:
Editor:
Thanks for your extensive and positive coverage of "Humanae Vitae" (July 25).
Four years later, we face a similar crisis in doctrine.  Just as the papal commission on birth control pressured Pope Paul VI to reverse the divine law forbidding practices that deprive the marital act of its procreative power, so now the world's bishops are being pressured by influential and highly placed biblical scholars to reverse another bimillenial but difficult-to-defend Catholic doctrine:  the Bible's complete freedom from error.
On June 12 the Vatican made public the working document for the upcoming synod of bishops dedicated to "The Word of God".  Section 15(c) contains the scandalous statement that "inerrancy applies only to 'that truth which God wanted to put into sacred writings for the sake of salvation'" (citing paragraph 11 of the Vatican II document "Dei Verbum [Word of God]).
This clearly implies that, according to "Dei Verbum", certain statements in Sacred Scripture are not there "for the sake of (our) salvation" and are not guaranteed to be free from error.  In my own doctoral thesis, however, I have shown that "Dei Verbum" 11, correctly translated, really means that the whole Bible was written "for the sake of our salvation", and that "since everything affirmed by the sacred writers must be held as affirmed by "the Holy Spirit", all of their affirmations, regardless of subject matter, are guaranteed to be true (in the sense they were intended, of course).
We should all pray fervently that the synod fathers and Pope Benedict XVI be given true wisdom and discernment as the confront this issue in October.
Father Brian Harrison, OS, STD
Oblates of Wisdom Study Center
St. Louis
Posted by thetimman at 1:07 PM