A Catholic King in England? 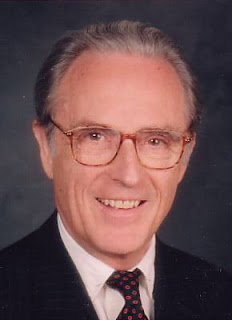 From the UK Telegraph comes some "what if" hypothesizing about the consequences of the possible repeal of the law barring Catholics from the British throne. You see, the legitimate Jacobite claimant is still out there...
Duke Francis of Bavaria given hope of claiming British throne
Tim Walker
12 Dec 2008
Jack Straw's review of the law banning Roman Catholics from succeeding to the throne may have some intriguing ramifications. It had been envisaged that any change to the law would apply only to future members of the Royal family, but the present Duke Francis of Bavaria, who claims to be the rightful king of Scotland, England, Ireland and France, is likely to be consulting m'learned friends about how it will apply to him.

The duke, whom Jacobites refer to as King Francis II, is descended from Princess Henrietta Anne, youngest daughter of King James II & VII. She was passed over for the succession by the 1701 Act of Abjuration.
Born Franz Bonaventura Adalbert Maria von Wittelsbach in Munich in 1933, the duke's lineage is said to be impeccable and well-documented. He is unmarried and childless, therefore his heir is his younger brother. A spokesman for the duke says: "HRM the Duke generally does not comment on issues concerning his familiar relationship to the Royal House of Stuart."
Posted by thetimman at 12:08 PM

Given that you are not British, why do you care? As a loyal Englishman (who happens to live in St Louis) and as a loyal Catholic, I would be scandalized if this Francis fellow became King.

I WOULD SETTLE FOR A CATHOLIC PASTOR AT MY PARISH

A Catholic king of England is pretty irrelevant to me.

Could we just get a fully and authentically Catholic priest for my hometown parish? For years we have't had a priest who is 100% fully on board with all that the Catholic church teaches and has taught continuously throughout its entire history.

The priest at my hometown parish said that the famous Miracle of the Loaves and Fishes, an act recorded in the New Testament as having been done by Jesus Christ, never actually happened, but was just a parable invented by the human writers of the Gospels.

Are not the current residents of Buckingham Palace also Germans?

Just curious. Why would this be a scandal for this guy to claim the throne?

Happy Fourth,
And I say – eth
We’re no descent
Of Henry the eigh – eth!

Happy Fourth!
“Latin what??!!”
A firecracker
Up Henry’s…

But....Happy Fourth,
Hank’s in his grave,
The One, True, Faith
Still frees the brave,

The current Queen is not actually German. She is a direct descendant of Queen Victoria. The last monarch not to have been born in Britain was King George II who reigned from 1727 to 1760.

The scandal would be as a result of continuity. I do not intend to get into an argument of lineage given that the current Duke of Beaufort is a descendant of King Edward III and has a far better claim to the throne than any of the Jacobites.

Having said that, the current Royal Family have entirely British since the 1700s. They understand Britain and have generally behaved and ruled with honesty and justice (with some notable exceptions). Therefore, the "parachuting" in of someone who has never lived in England would be a scandal.

"NO KING BUT CAESAR"

The Jews who wanted Jesus to be killed said to Pilate: "We have no king but Caesar!"

Pilate said to Jesus: "Well, are you a king?"
Jesus answered: "My kingdom is not of this world."

We humans always keep drifting into wanting some king other than the King of the Kingdom of Heaven.

That's how men like Nero, Napoleon, Hilter, Hirohito, Mao, Pol Pot, Castro, and Stalin were able to do what they did.

We Christians are supposed to be a different lot, aren't we?

Wow, I haven't seen this kind of angst-ridden interest since the great head covering controversy of 2008!

SCOTUS has now prevented itself from acknowleding the question whether Obama is or is not a “natural born citizen” (as distinguished from “citizen”) three times and counting: First before the Nov 4 general election and twice before the Dec 15 vote of the College of Electors. Other cases on the same question are at, or are heading to, SCOTUS. Whether SCOTUS ultimately decides if Obama is or is not a “natural born citizen” only after the Electors vote, only after Congress acts on the Electors’ vote, prior to Obama’s inauguration, or only after Obama’s inauguration, SCOTUS will have to decide — or the people and/or the military will. The issue no longer is Obama. The issue is SCOTUS.

For the benefit of all of you out there - read the original article in the Telegraph - it is from the Mandrake column which is a satire! Great work Timman - you have an excellent sense of humour and I salute you! Getting this degree of controversy over a joke - sheer brilliance.

Excellent poem! I couldn't of said it better. And believe it or not, there are even some Americans who pine away for the horrible days lost of having a dictator, I mean KING! Jesus is the only king for me as well.

LMG, you know that there is nothing inherently better about a democracy or a republic than a monarchy. Any individual monarchy, or republic, or democracy can be tyrannical, of course. But as a matter of philosophy a monarchy is not inherently inferior to these other forms.

If that were so, how could our Lord have told St. Joan of Arc that the French monarchy could not be renounced?

Timman, you are speaking to mostly Americans on this post. We like having our freedom to kick out the president after four years and elect a new one!

Our system of Government, though not perfect, is superior to all others. I like keeping my head, even if I disagree with my president, or practice my faith without being drawn and quartered!

My Italian immigrant grandparents said America is the greatest country in the world and I and many of our fellow citizens agree.

LMG, what is it about a president that makes you more or less likely to keep your head if you disagree with the government, or more likely to be able to practice your faith without persecution?

Would you be more or less free to practice your faith without hindrance under a King like St. Louis IX of France, or under President Obama?

Will you be more likely to be prosecuted for posting comments critical of sodomy under St. Louis, or Obama?

The point is that it is not a question of *inherent* superiority of one form of government over the other. Give me a Catholic Monarchy over an uneducated democracy any day.

I can't believe I baited you on this. It must have been the feisty Sicilian side of me! I wonder if I need to go to confession for trying to start an argument. . .

You know the president does not hold all power such as a king. We do have other elected bodies of government that are set up to protect us from a power hungry president. (Such as Clinton)

The foolish American people voted for Obama, but the good thing is they can vote for someone else in four years (Sarah Palin) when they get wise. With a king, you have to hope for a good one and if you get an immoral one you are stuck with them until their death or if they are overthrown through violence.

I am very grateful that even though Obama and the press think he is royalty, he isn't.

P.S. I also am an admirer of St. Louis, which is one of the reasons we are naming our soon to be adopted baby after him!

LMG, you don't need to apologize for anything-- I enjoy the debate and I surely don't take arguments personally.

A King does not necessarily have the powers of a dictator, and indeed, should not. A classic Catholic monarch has his own set of checks and balances in the nobility, guilds, traditional rights and customs, holy religion, etc.

Of course, this probably is only a completely academic excercise, as such a monarchy doesn't exist outside of Vatican City State, and probably hasn't since the First World War.

I tell you what, I would take our own republic functioning as the Constitution laid it out and as it did in the first "four score and seven" years, and no complaint.

It is nice to be able to post comments to some one who enjoys debating. I only with all who commented on this blog would stay away from personal, unfair jabs.

Now I must go do more of my Christmas baking.

Even though I and many people may be sympathetic to the Jacobite cause of old I don't think many of us would want Francis of Bavaria as our King. We are quite happy with our present Royal Family and I for one would be opposed to anyone replacing Prince William as our future King. I think the law against Catholics should be removed but in a way that ensures that the descendants of Elizabeth II are the ones who will sit on the throne. My family claims descend from the children of George IV and his secret Catholic wife Maria Fitzherbert but we never have and never will use that to claim the throne. Elizabeth II is our annointed Queen and I for one have sworn an oath of allegiance to her and her successors as have all those in public office and in the armed forces throughout the Crown commonwealth countries. I look forward to the day that the USA repents of its rebellion and the waste of all that wonderful tea and invites the monarchy back to reign over the USA.