The St. Louis Police Must Really Love the Post-Dispatch 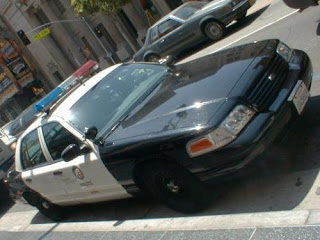 First the Mokwa-Bialczak tow-fest fiasco, now this, from the same Post-Dispatch:
St. Louis police kept seized cash that should have been returned
By Jeremy Kohler and Joe Mahr
ST. LOUIS POST-DISPATCH
12/18/2008
St. Louis — For years, St. Louis police wrongly kept and earned interest on millions of dollars seized in the arrests of suspects, the department admitted Wednesday.
It amassed a cache of up to about $6 million, disregarding laws requiring that money seized from a suspect be returned to its owner, used to satisfy back child support or forfeited to a state school fund.
The revelation came during questioning from a Post-Dispatch reporter after a vote on a money transfer at a Board of Police Commissioners meeting.
The board voted 5-0, with little discussion, to spend $188,000 from its budget to cover improper spending from interest the department had earned on the fund.

Under questioning after the meeting, officials acknowledged the full scope of the problem, which they said had been discovered in a department audit last year. The department said it is already returning the fund's money, with interest, to its owners.
With those efforts under way, "the department is making every effort to right a wrong," said spokeswoman Erica Van Ross.
The development showed it wasn't just vehicles that people couldn't get back after arrests in St. Louis.
Earlier this year, the newspaper found that police routinely seized cars from suspects and sent the vehicles to a private tow lot holding a lucrative contract. When prosecutors dropped the cases, suspects still had to pay tow and storage fees, with the department at times unfairly adding delays that boosted fees.
The FBI and IRS continue to investigate the department's ties to the private tow lot, which provided freebies and deep discounts of cars to some officers and then-Chief Joe Mokwa's daughter.
Mokwa retired under pressure in July after the revelations, and the Post-Dispatch later found the lot had not paid $700,000 owed taxpayers, with police failing to see or act upon evidence of it in their own files.
That revelation then led to criticism of the department's oversight, and a call by Gov. Matt Blunt for a comprehensive state audit. That audit is ongoing.
These were not the first — or last — controversies involving seized evidence. Over the last two years, the department acknowledged that money was missing from its evidence room, and that officers misused World Series tickets that had been seized from scalpers.
Just last week, federal authorities accused two officers in a high-profile undercover unit of pocketing nearly $30,000 in cash during a drug bust, and said an investigation that includes other officers was continuing.
[...]
Police officials were unable to explain how, for years, the department missed what critics say were clear violations of state law.
Tim Hogan, a St. Louis-area defense lawyer, called the revelation "scary." He said police had a "slush fund, and they've done with it what they pleased, but none of it belonged to them. That's what the mob does."
______________________
Slush fund? Where have we heard that accusation before...?
Posted by thetimman at 9:29 AM