Stealing an Election is Hard 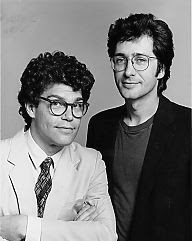 As Al Franken is finding out-- not that it will stop him. Even though Norm Coleman won the election on election day; even though mysterious vote finding and mathematical recalculations "discovered" his margin of victory was smaller than before; even though a five member canvassing board made up of Democrats and Republicans voted UNANIMOUSLY not to count properly-rejected ballots, thus assuring Coleman's winning totals are accurate; even though Coleman still leads in the recount with 98% of the votes RE-counted and no realistic chance that this will change; well, Franken wants a forensic investigation. If he doesn't get his way, he will find a liberal Judge or his fellow thugs in the Senate to order him to be the winner. You see, its not over until the Democrat "wins". This is how communists operate.

The link above takes you to a story from the The Hill's briefing room site. After the story are a number of reader comments, but my favorite comes from someone purporting to be Franken's old comedy partner, Tom Davis:
Not only is Al a brainless buffoon, he's also a horrible comedian. I should know, I carried that weasel for 7 years.
Comment by Tom Davis — December 4, 2008 @ 2:08 pm
Posted by thetimman at 2:12 PM