Update and Possible Correction on the John-Paul Forget Story 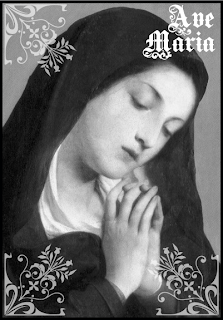 This post from the STLToday blog was sent to me by a reader, and provides some additional information about the young man who most likely drowned in the Missouri river:


Hoping I can provide clarity to the confusion above. My son has known John Paul since their high school years and reconnected with him this past fall when John Paul transferred to the same college.He knows everyone that was involved in the accident and the entire college community is devastated by what has happened; which is ......... As they were driving over the bridge, the car they were in hit a patch of black ice and spun around so that they were facing oncoming traffic. In the process, the car hit the guardrail which took out the headlights. It was their decision to get out of the car at that point since oncoming traffic was not going to be able to see the car without its lights working.Because there are no shoulders to pull a car over on a Missouri Bridge, there also isn't a safe place to WALK to safety. They chose to go over to the other side of the guardrail and walk the narrow path between the guardrail and the edge of the bridge.Unfortunately, John Paul lost his footing as he finished going over the guardrail and FELL - not jumped - into the river below. Those with him witnessed his fall, saw him hit the water, and heard his cry for help afterward. It is the last they saw and heard from their friend who was headed home for the Christmas Holiday.The story is heart-breaking in and of itself. It is even more disgraceful that the story cannot be reported correctly.Our prayers continue to be with John Paul, the Forget family, the friends that were with him, and all those affected by this tragedy. His soul bears an extraordinary light whether it is in this world or waiting for us in the next.
Posted by thetimman at 4:06 PM

Why did this tragedy have to happen?

Yet, it should sober us all up and remind us that we are never guaranteed even one more day of life, and neither are our loved ones.

The Lord gives whatever time on earth that He gives us, and we must accept this reality, and even see the wisdom and goodness of it.

Right! And what an reminder to be prepared for death at all times. To love God with our whole hearts, minds, and souls and love therefore, His Holy Will! I know JP was dedicated to searching, finding, and doing the Will of God wherever he thought the Lord might be calling him. And I can't help but think that as the terrible time came, Our Lord was saying to him, "Now JP there is one more thing you must do for me. It won't be easy, but I know you'll do it for me. COME - my good and faithful servant." A faithful son, brother, nephew, grandson, and friend, JP will never be forgotten. I will remember and pray for him always. And I hope all you stlouiscatholic readers will too.

Thank you for posting this entry. You've cleared up some details that I have not even heard from family. You see, I'm one of J.P.'s many uncles.

We pray for his family every day, and pray for the repose of his soul. J.P. was always so filled with light and joy, from his infancy to his manhood. It is saddening that his light is lost to the world, but we rejoice that he has found his eternal life with God.

one of your friends here in chiclayo, Peru!