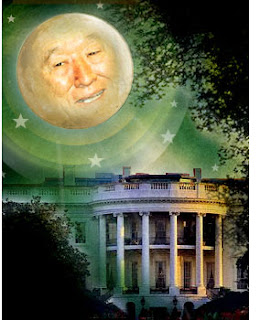 Kudos to Tim Townsend for running this piece. His colleagues at the Post should follow up on the William Bialczak/towing company connection on the money side, and perhaps we will get a complete picture of the depths of the moral morass at St. Stanislaus.

I'm not the most well-versed when it comes to Canon Law, so correct me if I am wrong.

Is there anybody who didn't think this would end with the Moonies.

Here is my question.

How can you be incardinated, simultaneously in two different schismatic denominations?

Don't they cancel each other out?

Or, could it be that by incardinating twice he gains superficial cover from the Stan's congregation. In other words Marek can say "If you don't like me as a Moonie priest just think of me as a "Reformed Catholic" priest.

That being the case he should go ahead and incardinate with the ECC and the Old Catholics too.

Guys, this isn't just a priesthood. This is one stop shopping.

It all goes with his being so INCLUSIVE.

We all knew this guy was looney the moment he questioned the Archdiocese's authority.

Shame it came to this.

"Fr" Bozek may want to read what Catherine of Sienna has to say in her Dialogue regarding obedience. This may save him and those with him much suffering in the next life and possibly this one too, especially when he gets near his tims of facing his Judge.

I gotta' tell you I didn't see the Moonies angle coming. Probably should've. But didn't.