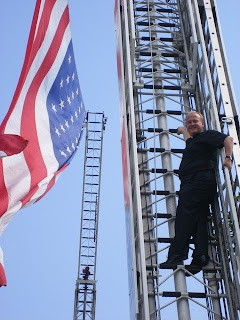 No, that is not a typo in the title of this post, but the beginning of a letter from "Reverened" Marek Bozek to Peter Paul Brennan, so-called Archbishop and Vicar General of the wistfully named group Married Priests Now!-- headed by excommunicated Archbishop Milingo, and with ties to the so-called "Reunification Church" of the Rev. Sun Myung Moon.

Can you explain to me why this guy doesn't care about any of the rules fo the Church except the one on laicization? He claims the Church has no power over him for anything else, so why care about this?

Speculation only, based upon some people to whom I've talked:

1)There is still an element at St. Stan's that really wants to be Catholic-- they don't want to obey lawful authority, but they want valid Catholic sacraments. Now, most people aren't canon lawyers, and the whole laicization thing versus sacramental validity is not a conundrum most want to or could solve. Which sacraments are valid? Which aren't? Now, being laicized certainly sounds to a normal person like you aren't a priest anymore. Also, you certainly aren't, at that point, a CATHOLIC priest in their eyes.

So, Bozek needs cover. And the moonie-schismatic "catholics" are headed by a validly ordained Bishop. Bozek thinks, maybe, he can further snow the remaining Catholic minded people on what this would do for him.

2) If the Board of St. Stan's ever thinks that Bozek is deprived of the ability to perform his sacramental "job duties", they might cease sponsoring him for immigration. No sponsor, no visa. So, being "incardinated" with Milingo or the RCC might lead to a new visa sponsor, now or in the future. Of course, I don't know that perhaps his visa is already secure beyond any of this--it may be too late. You would have to talk to an immigration lawyer.

The really interesting thing about the letters is the fact that Fr. Bozek felt the need to double up with two incardinations.

My guess is that he wanted to present his flock with an option.

Now, going completely against the grain I am going to say something good about Marek Bozek.

Fr. BOzek, if he doesn't have integrity he does have a kind of consistency.

One thing that is most obvious from his choice of denominations is that Fr. BOzek really does believe, or at least is really committed to the ideals of "women priests", gay rights and the rest of the trendy progressive agenda.

Why do I say that.

Tell me if my logic isn't ironclad.

The most obvious denomination for him to incardnate with would have been the Polish National Catholic CHurch. The PNCC has clear lines of apostalic succession, a robust national following, and speaks for and directly to Poles.

Ask yourself, why was that option passed over. I know a member of St. Stan's who told me that before Bozek arrived the PNCC was actively discussed by the board.

WHY NOT THE PNCC?

The answer is obvious. The PNCC does not allow married priests, or women priests or gay rights.

If Fr. Bozek were one hundred percent opportunist he would have incardinated them in a flash.

His problem is that he really believes in all this "inclusiveness" so he's gone all the way to the "Moon" to prove it.

Give Boguslaw his due. He really does believe all this stuff.

THe big question is, do his followers at St. Stan's?

His VISA status is unknown. The diocese has declined comment as well as he or the BOD of St. Stan's ... which is ALL very curious. Either way, there really IS NO element of the original parishioners of St. Stan's that wishes him to stay because of the Catholic issue. The small, about 20, that wish him to stay are ones that have homosexual/lesbian friends and relatives. Bozek being sympathetic to that issue with the Catholic Church. Otherwise, the only other support has come from those that have migrated to St. Stan's for the 'wrong' reasons.

ST. STANISLAUS PARISH IS NOT ATYPICAL

The troubles at St. Stanislaus parish began with the laity's fears that the Archdiocese would close and sell their beautiful, old, beloved church building.

But the "rift"/schism has really developed into full blown radical dissent and perhaps even actual heresy.

So some say, "See. They were just really bad people all along. It wasn't their church building they wanted to preserve. They just were itching to indulge their desire to sin against the doctrine of the Catholic Church."

But I don't see it that way.

The sad truth, I believe, is that most Catholic parishes in the U.S. have pastors and laity who are dissenters and would like much of the Catholic Church's doctrine to change.

St. Stanislaus and its pastor are seen to go so far into dissent because they can get away with it.

They were able to cut the cord to the Archdiocese because they had legal title to their parish property.

If other parishes in this Archdiocese had legal title to their property, MANY of them would be doing exactly what St. Stanislaus is doing.

In part, this is due to the decadence of culture and morals in the U.S., and the power of mass media to lead people into seductive viewpoints.

In part, this is due to the "Aggiornamento" (Updating) program begun in the Catholic Church in 1962 and which continues to this day.

Whether it was intended or not by those to promoted and shaped the idea of Aggiornamento, in most U.S. diocese, Aggiornamento has mean Liberalization, i.e., Liberal Catholicism.

I think "Aggiornamento" literally means "bring to the day"; "giorno is the Italian word for "day."

As long as I live, the Italian word "Aggiornamento" will be one of the words I hate the most, on par with "Renewal," "Bolshevik," "Nazi," "abortion", "Hefner," "feminism," and "Clinton."

"Normalizzazione" is I believe the Italian word for "Normalization." I wish that is what we could commence in the Catholic Church as a substitute for Aggiornamento. We need to get things back to normal. We need to stop the madness.

That's what I think.

Did anyone notice that he's standing on a fire engine ladder? Please don't tell me there is a connection between him and the fire department! What ever came about the connection with St. Stan's board and the former chief of police?

You are right. When Parish Councils can take over parishes we'll get a thousand St. Stans. YOu hit it right on the head buddy.

A minor correction to a comment above RE: the Polish National Catholic Church. Whatever else they may say about "gay rights" and womynpriests, I believe the PNCC DOES ordain married men (even to the episopate). Now I may be mistaken, but I recall being introduced to the PNCC bishop in Chicago. The individual who introduced him to me was an ecumenical officer of the RC AD of Chicago. Father later mentioned that the (PNCC) bishop's children were enrolled in archdiocesan schools. FWIW, I may have mixed things up, but it still seems fairly clear in my mind.

"Sometimes, you just have to obey"

Great Sci Fi movie, called "The Prophecy" has this line in it

"The sad truth, I believe, is that most Catholic parishes in the U.S. have pastors and laity who are dissenters and would like much of the Catholic Church's doctrine to change.
"

Yes, very true, and I would dare say there are more then a few in St Louis, who arent in the situation St Stan's is in. What makes them different? They dont OPENLY defy the local ordinary, or their own ordinary. Fr. Marek does this consistently

"
They were able to cut the cord to the Archdiocese because they had legal title to their parish property.

If other parishes in this Archdiocese had legal title to their property, MANY of them would be doing exactly what St. Stanislaus is doing."


"The small, about 20, that wish him to stay are ones that have homosexual/lesbian friends and relatives. Bozek being sympathetic to that issue with the Catholic Church. Otherwise, the only other support has come from those that have migrated to St. Stan's for the 'wrong' reasons."

Probably, and that is sad. However, if one carefully looks a the history, St Stans isnt in the right on this one. Property exists in the Archdiocese. Temporal legal authority plays into it only slightly. The bottom line is, if a bishop feels something is detrimental to his authority in a Diocese (and to be a teacher , one must maintain authority), it is in his right, and duty to deal with it in his best judgement. Even religious orders, who have their own superior, have to promise to work with the local ordinary. I definately wouldnt consider a national heritage church, a religious order by any means.

What happened with St Stan, is you had a parish, and one day they were in the news. All of a sudden, the parish doubled. It attracted all the people who had issues with the churhc. So you end up with women priests, defient disobedient pastors, and oh yes buttons, who's got the button. All of these things gravitated towards a powder keg.

People also didnt like His Excellency, for many of the same reasons people dont like His Holiness. Same reason we all had that one teacher in school who we despised, yet now we look back, and realize that was the best teacher we ever had. People used St Stan, to vent their anger against the VERY capable teacher sent to us (Whom, might I add, was appointed by his holiness Pope John Paul II. )

What is aggravating, is , they appealed, the appeal was denied. Story should be over, if they truly are obedient to the catholic church, even the last 20.

What makes us roman catholic. Better yet, what makes a person catholic. Obedience to the Pontiff, and his delegates, the bishops. That doesnt just apply to the people with the collars, or habits.
It applies to all of us.

Again, sometimes, you just have to obey