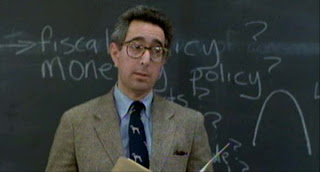 Believe me, the last thing I want to do is to spark another round of debate on my LOLSaints post. But God sure does know how to prove a point.
The fascinating and, frankly, disturbing discussion going on at the Borroughs prom post below has brought home the point to me in a very tangible way.
I was wrong.
In the Burroughs comment thread, some of the defenders of the invitation and prom theme return to the point that it is just a joke, or harmless fun, or no big deal. When I read these it felt like I was hit in the face by that Captain D's fish. Oof!
Don't think I'm completely retreating from my first position, which essentially relied upon the facts as I saw them from my first-take perspective. The author of the blog is known to me as a solid Catholic, not a flake. The author, and the readers, have a genuine love for the saints and were not intending to belittle or mock them. They teach about the saints depicted. I found many funny, and thought that they were absolutely harmless. Why? Because I thought so? Because I love Mary and the saints and so it's OK for me?
There is a huge difference between that site and the "harmless fun" of embracing a prom theme making use of satanic imagery and encouragement to the capital sins. But, really, it is more a quantitative instead of a qualitative difference.
Some things are not joking matters.
In the end, whatever benefit to be gained by the humor is, I believe, more than offset by the danger of unintentionally giving offence to God, or setting a bad example to anyone that might be influenced by me.
So, while I can understand the difference between the two scenarios, and I cast no judgement on those who took the LOLSaints side in that thread, I have changed my opinion. I apologize to anyone whom I offended.
Posted by thetimman at 1:25 PM

I hold to my original position that it’s not a big deal. First, anything can be a bad example if people do not use it correctly (look at the protestants and the Bible, need I say more.) Second, I don't see the qualitative similarity in the least.

With the LOLSaints, you have a modern form of commentary on art. Most humor comes from the artist’s representation, anachronistic clothing and architecture, and things of that sort; which is doubly anachronistic because it is neither in our time nor the subject matter's. It is designed and used as a form of teaching.

With the prom you have the flat out license to sin being promoted. Even when it is said to be 'all in fun', with prom it is more truth than not; basically making a bad situation worse.

That is a far cry from a niche sense of humor that requires an understanding of sacred art and lives of the saints, both quantitative and qualitatively. (Are the Papist Picture Of The Day caption scandalous too?)

Don’t get me wrong, you have a perfect right to your opinion. I’m just saying I see zero correlation.

I think Timman makes a good point here. Yet as the Baron wisely said, many things can be mistaken to be scandalous.

Therefore, I think I will reserve judgement. I, for one, saw the incorrupt St. Therese and the joke about her being "hot" and I was like... "that's scandalous"... but it actually prompted me to search "uncorrpted bodies" in Google and came up with a whole bunch of people like ST. J.V. and others. So a rather scandalous joke actually made me learn a lot more about the actually business of incorrupt saints than some breathy theological article could have made me interested.

So I can totally understand where Timman is coming from. Yet, I for one, take the side of - I belive it was the Curt Jester - who suggested to the author of LoLSaints the idea, that humor, while possibly scandalous, can be justified if it has a greater good than evil. And do we really know it's an evil?

Still, Timman, trust your conscience. If God is telling you to delete it, you are probably making the best choice.

Thanks to you both for your comments.