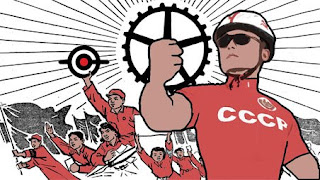 I don't like to single out readers, but I just have to ask Latinmassgirl to reaffirm her love for democracy in the wake of our ersatz President's first two months, and in further light of this story from CNA:
Luxembourg legalizes euthanasia after putting limits on Grand Duke’s power
Luxembourg, Luxembourg, Mar 19, 2009 / 02:04 pm (CNA).- The Parliament of Luxemburg approved a law Tuesday legalizing euthanasia by a vote of 30-26, after limiting the powers of the Grand Duke Henry I, who had refused to sanction the measure for reasons of consciences.
Luxemburg has thus become the third EU country to enshrine euthanasia for the terminally ill in its law.
The new norm exempts doctors from legal or civil action for responding to a request for euthanasia or assisted suicide by an adult or a minor who has been diagnosed with an irreversible illness.
The measure was debated by the Luxemburg Parliament last December, but on that occasion the Grand Duke announced he would not sanction the measure. Consequently the anti-life Parliament passed a change to the Constitution to limit the Duke’s powers. Now Duke Henry I will not have to sanction laws for them to take effect, he will merely promulgate them.
Media reports at the time claimed the Grand Duke was repeating the crisis provoked in 1990 by his uncle, King Baldwin of Belgium, who refused to sign the legalization of abortion approved by the two Belgian legislative houses. Until now Holland and Belgium were the only two EU countries that allowed euthanasia under certain conditions.
Posted by thetimman at 5:46 PM

Socialist Obama will be VOTED out in four years, thankfully, since he isn't a king!!! Although, he does think and act like a king, which is an abuse of his position, and our Constitution.

You know the situation with the Duke could have been the other way around. As history shows, not many kings were of the caliber of Saint Louis, and then you are stuck with your head on the chopping block as St. Thomas More could attest to.

Your love of Monarchy is unusual as a US citizen. I guess the other 10 Americans who agree with you might be fans of your blog.

You (might) have been a Loyalist, and we would have been Patriots during the Revolution. My hubby would have still talked to you, of course. . . : P

Don't be so sure. In a fight between Freemasons and an illegitimate heretical Monarch, whom do you choose?

I guess I would have had that Jacobite bumper sticker on my cart...

If all the founding fathers were Freemasons, they certainly weren't putting the Mason's anti-Christian views in effect, as The Constitution is based on Judeo Christian beliefs.

If the liberal Supreme Court wouldn't have legislated from the bench in Roe v. Wade, there would be no Federally mandated protection for abortion. You know abortion is not protected by our Constitution. The "Freemasons" did get some things right!

I still hold that we would be Patriots, but I really don't know what you would have been! :)

You show great spunk. I would have been a patriot. Besides, the patriots won and maybe the monarchist should keep in mind Pope Leo XIII's comments to the monarchist in France about the present Republic. I am not directing this at SLC personally as I do believe you deal head on with the present political situation.

Some days, life under a sleepy inbred Wittlesbach doesn't sound so bad.

Latinmassgirl, with all due respect, have you ever read the Constitutions, or the writings of the men who composed it? It didn't have much to do with "Judeo Christian beliefs"