The Marriage of Typically Bad Modern Journalism with Anti-Catholicism: Making Up "News" Out of Whole Cloth 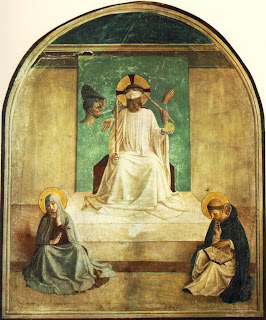 The execrable sheet of excrement known to some as The Washington Post has chosen to print a column of vomit-on-paper by one Anthony Stevens-Arroyo that comes to bury the Pope by not praising him. Typical bleah, done with all the typical courage of a centurion striking our Lord at the pillar.

But included in the piece is a brand-new flat-out lie without any pretense of foundation, one that slanders our beloved Archbishop Burke. Here is the relevant part word-for-word:

Some prelates acted in ways that constituted cover-ups. Many of them have accepted blame for errors and made public statements of apology. Others, like Cardinal Law, formerly of Boston and Archbishop Burke, formerly of St. Louis, have been "kicked upstairs" to the Vatican. No apologies come directly from them, and one wonders if such prelates might be liable for criminal action in the U.S. for obstruction of justice concerning the way they handled pedophilia cases.

Shame no longer exists, or Stevens-Arroyo would crumble under the weight of it.
Posted by thetimman at 10:21 AM

Stevens-Arroyo also takes a swipe at Cardinal Castrillion-Hoyos who acted with perfect diligence in the case of a pedophile priest.

Once again an informed review of the relevant documents proves the exact opposite of what a mainstream reporter with an agenda wants to read into a text. See this link for a vindication of the Cardinal.

As for the slander against Our Raymond Burke I can only say this.

The day will come when the Vatican may simply have to start engaging libel with legal remedies. Ariel Sharon was mostly successful in teaching America a few things about the malice of Newsweek twenty years ago.

Our beloved city state may have to take a page from another small, embattled and slandered mini-state(Israel) and defend the truth in court. Dog pack jounalists won't get their rabies shots until they face billion dollar verdicts in European courts.

Suggesting that Archbishop BUrke was promoted because he was a pedophile is getting perilously close to begging for a slander suit.

My attorney tells me that in American courts libel and slander suits require the plaintiff to prove damage to his reputation, except in one or two cases.

ONe is a slander of mental unfittness. The other is to libel or slander the sexuality of the plaintiff. There damage is considered implicit and without need of proof.

The New York Times and The Washington Post Post are distributed in European nations which have much less rigid standards of proof for libel.

It may be the only way.

Won't it be something if the College of Cardinals some day "kicks upstairs" Archbishop Burke (presuming he is kick up to cardinal sometime in the intervening years). Maybe then Stevens-Arroyo-Loser will kick himself.

But that's what every column by Stevens-Arroyo amounts to.

What an idiot. If there's kicking goin on, let me get my boots.