I Suppose That, Like Other Kinds, You Don't Want to Know How It's Made 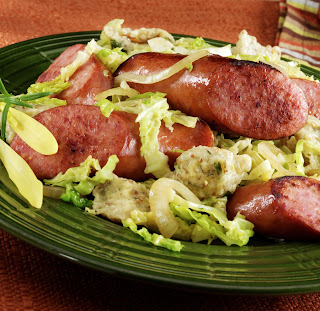 The St. Stan's reconciliation rumours are becoming more intense. Tim Townsend has another article on the subject today. His speculation on Msgr. Wojcicki has already been echoed here, though he notes some people are hoping the Archbishop will have an announcement on the subject when he celebrates Mass at the Polish apostolate church, St. Agatha's, this Sunday.
From what I can gather on my own, the process may be resolved very quickly-- weeks, not months. If and when that great day occurs, I would ask readers to consider showing up to the first Sunday Mass in force. It would be great to see the Church as filled with faithful Catholics for that first Mass-- likely a media event-- as it was filled with dissenters and schismatics on that infamous Christmas Eve nearly five years ago. Let's see if that video can be played on the same continuous loop.
As to what practical steps have to be taken--in addition to liberal recourse to the St. Michael Prayer-- to remove the odious presence of Mr. Bozek, I can only point readers to the proverb above, and recall Jane Austen's words in Pride and Prejudice, concerning Elizabeth's reaction to Mr. Wickham after his marriage:
"...she sat down, resolving within herself to draw no limits in future to the impudence of an impudent man."
I hope that the local BMW dealer will kick in a sweet ride that will take him far out of town, but that is asking a lot. Great evil has been done by this man and his supporters over a long time. It will take time to cure. Pray for the true parishioners as well as the squatters.
St. Stanislaus Kostka, pray for us.
Posted by thetimman at 9:21 AM

Having everyone go down to take Mass at St. Stan's after the supression is lifted IS A REALLY GREAT IDEA, TIM. It would be a positive demonstration of union with Lindell and Rome.

By the way, is that Kielbasa?