"Anyone who lives as a Christian will have his faith put to the test." 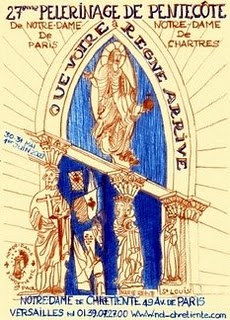 Another excellent sermon from the Canons of the Institute of Christ the King Sovereign Priest--this time, Canon Aaron Huberfeld:

This was a great sermon. Thank you for posting it.

They should record these and add them to Audio Sancto or do their own Podcast.

We've been fortunate to welcome Canon Huberfield to St. Titus Church in Aliquippa, PA, several times over the past year to offer the Traditional Mass for us. His sermons are always edifying.