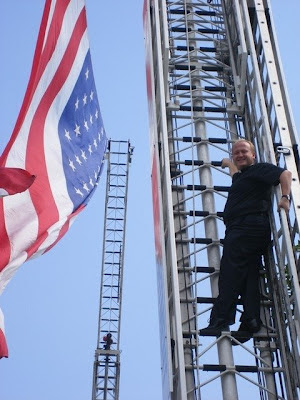 The aftermath of the Circuit Court decision in the Archdiocese's lawsuit against the the St. Stan's board is, in a sense, settled. The Archbishop has announced that he will appeal the decision to the Missouri Court of Appeals, Mr. Bozek has reemerged as a local media darling with all the girlish glee of which he is capable, and local anti-Catholics get to add to their already-full plates a heaping helping of schadenfreude.


But this is only part of the picture.


They say hindsight is 20/20, but I was on record from the beginning (beginning paragraph 4) that this civil lawsuit, the object of which was, in effect, to ask a secular Court to determine whether St. Stan's was a Catholic parish, was a dangerous strategy. This determination is beyond the competence of a civil Court, and puts it, at least in appearance, in the position of superiority to the Church. It isn't superior-- at best it is equal, with its own sphere of jurisdiction, and in matters of faith and morals it is inferior. Moreover, the decision about which matters are proper for the Church to decide and which aren't is also the Church's sphere.


There is also the practical observation, which the bishops are perhaps at last beginning to understand regarding the abortion drug mandate, that the deck is most certainly stacked against the Church in the civil legal realm.


By making the fight one for control of the former parish, the Archdiocese put its credibility in this dispute before the Court, and as it would have used it if it had won, it suffers from a diminishment now it has lost.


Under these circumstances, I agree with the decision to appeal the ruling. There is so much error in this decision-- precisely on those matters of ecclesiastical law and internal Church governance that are precisely those beyond the Court's competence-- that they cannot go unappealed.


With respect, I suggest that such reasoning certainly confirms that the judge in this case (as the media uniformly trumpets) is the product of Catholic education in the last fifty years. Yet another poster for Catholic schools week down the drain, I guess. In addition to seeking the recusal of homosexual judges in civil suits, dioceses may wish to ask any judge who was graduated from a Catholic school after 1958 to recuse himself.


The struggle for St. Stan's is twofold. For the Archdiocese, it is about safeguarding souls. That is why the remedies imposed by then-Archbishop Burke were spiritual ones. These included suppression of the parish (which, by the way, should have settled the matter for any civil Court), degrading Bozek from the clerical state, excommunications of Bozek and Board members, a new Polish parish, etc. These remedies produced some positive results. Many Board members were reconciled with the Church.  Polish Catholics in St. Louis were provided with another apostolate.  Catholics of good will were put on notice that St. Stanislaus is not Catholic.  Bozek and the unrepentant Board members are on notice that their souls are in jeopardy.  The momentum, for a time, seemed to be on the Church's side, and there was an unsuccessful attempt to oust Bozek and his tow-truck allies on the Board.

On the financial and civil side, this is really a dispute between current and former St. Stan's Board members over the (mis-) management of the money.  As I suggested before, the best way to go about addressing that issue would have been for a current or former Board member to sue for an accounting in civil Court.  This, if successful, would have required the Board to open the books to Court, and thus public, scrutiny.  I have a hunch they would have been most unwilling to do this, and then, just maybe, they might have been willing to oust Bozek and settle with the Archdiocese.  This kind of action can still be attempted, but the victors of the current suit may not be as likely to settle, being flush with success.

So, anyway, that's the way I see it.  When I have a complete copy of Judge Hettenbach's ruling I might post an analysis.

Let's hope the Archdiocese wins this appeal.  Or else, to paraphrase my favorite Bozek quote:  "Despair, St. Louis, beware, rest of world."
Posted by thetimman at 11:24 AM

Timman,
I appreciate your reflection on this matter. If I was the Archdiocese, I would not appeal and allow St. Stans to continue on it's destructive course. They have attempted more than numerous times to reconcile with that community. They have now chosen to remain outside of the Catholic faith. Don't waste the money seeking a legal appeal when the courts are biased.

I am curious to see what will happen with St. Stans over the next few years. Just last month Bozek was pictured visiting with the bishop of the Old Catholic Church of Utretch and the bishop of the Polish Catholic Church of Poland (new creation since the Polish National catholic church left Utrecht). If the recent history has proven anything is that Bozek isn't in this for the long haul. He has switched between numerous jurisidictions and affiliations. Reformed Catholic Chruch, Married Priests Movement, Reformed Catholic Communion, now dialogue with PCC and Utrecht. He is grabbing at straws for the best opportunity for himself. With yet another new "seminarian" at St Stan's, I have a sense Bozek will finally come out as a bishop and seek to establish his own jurisidiction within the crazy Old catholic Movement in the USA. Furthermore, what happens when the drama settles down and the collection plate runs dry? The parishioners can't realistically finance his lavish lifestyle. When the drama settles and he is forced to live at secular means, he will be out of there. Then and only then, will the parishioners finally realize the situation and return to Rome. While Bozek is there, he has ultimate control of those foolish people.

As we have seen with anyone who has played Savior, it doesn't last. Only the one true Savior, Jesus Christ will reign supreme and so will His Church. I have never in modern times seen the devil so alive and active as he is with community. Pray for their conversion!

Timman - What's to prevent you from leading a movement of your mass number of readers wherein they quietly register at St. Stan's, and at the next opportunity, elect a new board that would be loyal to and reunite with the Archdiocese? I can't believe there are so many parishioners at St. Stan's that it would require that many people to achieve. And Bozek and his crew are so arrogant, I'm sure they'd think people were joining the parish because of him, completely ignoring their true motives. Just a thought.

I think the Archdiocese is better off in the long run not having another rebellious parish on its hands. God bless.