Reception and Implementation of Vatican II: Comparisons to Nicea 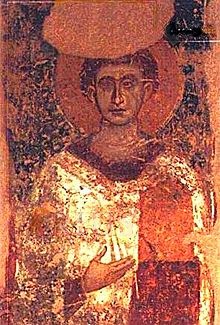 "The School of Bologna remained faithful to the Council-Pentecost archetype and sees in John XXIII the unheeded prophet of a new era in the history of the Church.  Benedict XVI today, in contrast, is the most renowned representative of those who, in view of the self-destructive reality of the post-conciliar period, changed their judgment on the council over the years, proposing that it be interpreted in the wake of tradition.

After living through the council event and the long years of the post-conciliarpost-conciliar period as a protagonist, Joseph Ratzinger, having ascended to the papal throne with the name Benedict XVI, applied the image of the Council of Nicaea once again to Vatican II, but in a very different key.  In the above-cited address on December 22, 2005, the newly-elected pope confirmed that the reception of the council had undeniably been a difficult process, and then mentioned in this connection the image that St. Basil gives for the Church after the council in 325: he compares it to a naval battle being waged in the dark of night during a raging storm, describing "the cry of the combatants encountering one another in dispute;... the inarticulate screams, the unintelligible noises, rising from the ceaseless agitations."

The metaphor that Benedict XVI applies to the post-conciliarpost-conciliar Church, forty years after the conclusion of the council, is therefore that of a naval battle, in the darkness, on a stormy sea.  But already twenty years after the close of the conciliar proceedings, in his book-length interview, The Ratzinger Report, then-Cardinal Ratzinger considered it "incontestable" that the last twenty years had been "decidedly unfavorable for the Catholic Church."

It should be noted that between the crisis situation following the Council of Nicaea and the one in the aftermath of the Second Vatican Council there is a fundamental difference.  The crisis after Nicaea was not started as a result of a hermeneutical conflict over the canons of the council in 325, but in an open reaction against those decrees.  Faced with this reactionary movement, the Emperor Constantine modified his policy toward Arianism, which led to an expansion of the crisis.  The conflict was between the supporters of the Council of Nicaea and its radical and moderate opponents, whereas the meaning of the Nicene Creed was never called into question."

-- Roberto de Mattei, The Second Vatican Council (an unwritten story), from the Introduction
Posted by thetimman at 4:59 PM

Email ThisBlogThis!Share to TwitterShare to FacebookShare to Pinterest
Labels: auto demolition of the church, Faith Matters

While it is true that VII and Nicaea I cannot be directly compared, de Mattei is misleading when he states that the Nicene Creed's meaning was never called into question. Immediately after the council, Eusebius of Caesarea wrote an Arian gloss on the meaning of Homoousios, and even the later champions of the Nicene Creed, including the great St. Athanasius, took decades to support openly the creed and its controversial (and sometimes heretical) term Homoousios.

De Mattei wants to make a polemical point, and in order to do he is doing violence to the period in question. BXVI was more accurate in his description between the two eras: There was confusion over the meaning and even significance of the Council of Nicaea. Just as today people argue about the validity and authority of a "pastoral council" so then did bishops argue about the nature and authority of this newfangled idea of an ecumenical council.
For better understanding of the era of Nicaea and its aftermath, see Lewis Ayres, Nicaea and its Legacy; Retrieving Nicaea by Khaled Anatolios; and RPC Hanson's The Search for the Christian Doctrine of God. Regarding the last title, be aware that the Anglican divine is very sympathetic to Arius (as one can see from his title). Nonetheless, the book presents a detailed portrait of the confusion of the time and the varying levels of acceptance and interpretation that the Nicene Creed received during the five and half decades between its gathering and Constantinople I (which, by the way, was an irregular ecumenical council illegally presided over by a saintly bishop, St. Gregory of Nazianzus).

It seems to me that if de Mattei is mistaken about the particulars of the difficulties that parties had regarding the Council of Nicea, his main polemical point (perhaps not what anonymous thinks it is) is nevertheless sound.

de Mattei diplomatically points to the absurdity of Vatican II as a New Pentecost as Fr. Ratzinger once advocated cited Eusebius as an authority for how wonderful Nicea was, a new Pentecost. Maybe Fr. Ratzinger, along with all of the popes since Pius XII were a bit historically exaggerated in their evaluations of reality? de Mattei isn't the one who first compared Nicea to Pentecost. That Fr. Ratzinger changed his mind as events unfolded in the Church that were to him plainly destructive of the faith, speaks to the pope's integrity.

As reference for his claim that the problems with Nicea did not stem from hermeneutics but from correctly understood opposition to its propositions, de Mattei cites the authority of Bl. John Henry Newman, an Anglican who became Catholic, without an Arian bias, The Arians of the Fourth Century, and an Italian work from 1975 by Manlio Simonetti. Before accusing him of dishonesty for corrupting history in order to make a point, it seems like we would ought to at least examine these documents alongside any "Anglican divine" who might speak to the question. Perhaps anonymous has studied these works too and prefers R.P.C. Hanson?

In any case, having heard de Mattei speak, and having finished about half of his well-documented research, I don't think the value of his research is rooted in the Council of Nicea. Perhaps I am mistaken, but I am afraid that de Mattei holds to the opinion that like Nicea, Vatican II is not all that difficult to understand. I believe he disagrees with Cardinal Ratzinger/Pope Benedict when as pope he tries to rescue Vatican II with this idea that it has been misunderstood. The problem with Nicea was present if correctly understood, because unorthodox "Catholics" would not submit. The problem with a very few key portions of Vatican II is present when correctly understood, because "orthodox" Catholics will not submit. Benedict's way of salvaging revolution in the Church is more noble. At least he acknowledges that we must have continuity with Sacred Tradition.

I believe some of the lasting value of de Mattei's book might be its demonstration of how contemptible the most important bishops and their periti were towards 2,000 years of Tradition that conflicted with their modern worldview.

I am half way through timman. The important point isn't whether Nicea or Vatican II are both hard to understand. The point has to do with whether they are both reconcilable with the Tradition of the Church. Whatever the problems that followed, I am comfortable with Nicea. I am extremely skeptical, but I am willing listen to "the hermeneutic of continuity crowd" when it comes to Vatican II. But I wonder what difference does that crowd make when their standard bearer is deposed and forgotten while the Pentecostalist optimism of John Paul II is returned in a man who appears to be the perfect symbol of a rupture of discontinuity?

Barto of the Oratory said...

The Vatican II Council was called to introduce, into the Church's doctrine, liturgy, and pastoral practice, the Modernism that Pope St. Pius X had condemned.

Thus, a comparison to the Council of Nicea does not seem apt.

That's what Archbishop Lefebvre said. That's my opinion, too.

The part of the Church administered by Archbishop Lefebvre has never collapsed into chaos like the rest.

Rory,
I must admit that I am very suspicious of de Mattei's use of Nicaea for contemporary polemics, much as I dislike twentieth-century Anglican scholarship that seeks to glorify (however implicitly) the position of Arius. I believe that both do violence to the past because they have a present-day ax to grind. My point, however, was not to enter into the world of de Mattei but to call to mind an apparent misuse of his sources for at least part of his argument. I assume that the book offers much more than this, but since this particular point touched upon my field of study I thought I should comment. (For the record, I haven't read the book and only have this quote to go by. Unfortunately, I doubt I'll be able to read it any time soon.)
Anyway, I have read Newman's Arians of the Fourth Century - my favorite line is "They {the Homoiousian bishops} were men better than their creed." Absolutely beautiful in sentiment and expression. Stanley Jaki's work on Newman - I forget the title off the top of my head, Newman and Modern Day Arians? - is a very good commentary on why Newman wrote his book and the scholarly reaction/rejection of his thesis.
As much as I love Newman and his vision of the fourth century, the many decades of scholarship have required his arguments to be heavily nuanced. I believe his advance of Athanasius as a hero of the age (rather than the villain or "gangster" that T.D. Barnes and RPC Hanson would suggest) is correct, but that does not stop me from realizing that specific arguments of his are no longer tenable. Among these are those that de Mattei would apparently use to distance Nicaea from VII. Every single faction that we have today was present - hardliners on both theological sides, as well as moderates in the middle - existed in the fourth century. It is really amazing to see contemporary church politics evolve in a parallel fashion. Interestingly, the "reform of the reform" party is what won back then: Athanasius softened his opposition to the Homoiousians in order to form a common front against the Heterousian and Homoian parties that threatened to dominate after 360. It is my personal opinion that some figure of today, Cardinal Burke?, will play a similar role that will ultimately lead to more widespread acceptance of the council.

P.S.
Keep in mind that in Homoiousian perspectives it was "contemptible" for Homoousian bishops to embrace a word that had been declared heretical by a previous council. (They, like us, could accuse the opposing side of abandoning tradition.) Of course, we have the benefit of knowing that that council was not an ecumenical one (not to mention the different meaning attached to the term at the time), but the bishops of the fourth century had no awareness of the significance of ecumenical councils that would gradually develop over the intervening 16+ centuries.