"Go, and now sin no more.": The Mercy of Our Lord Jesus Christ 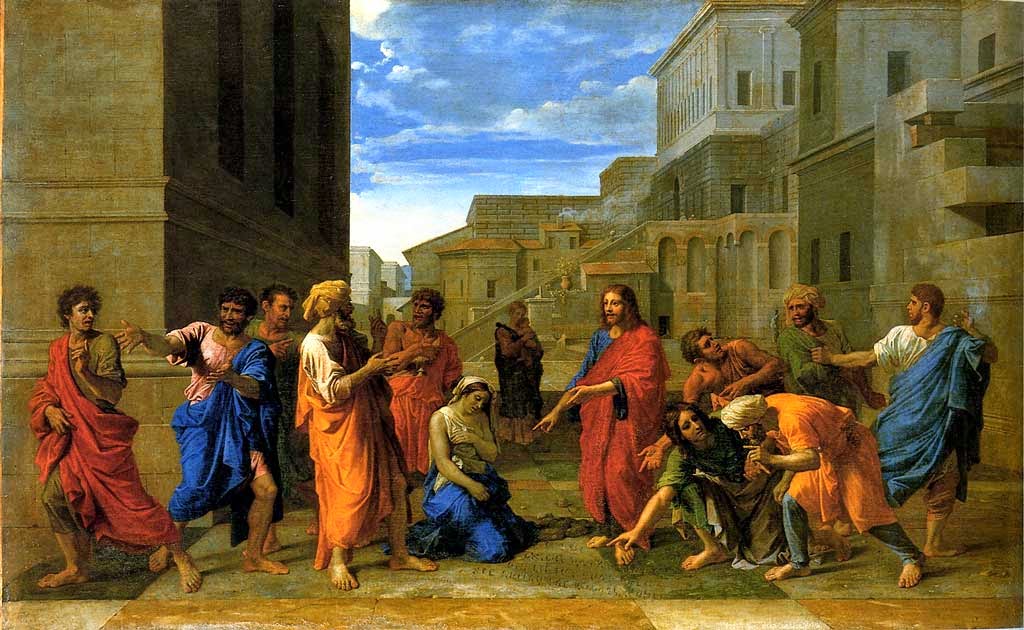 They are the men He designated to effect His mercy to penitent sinners.

I quote the above ending to John 8:11, because our Holy Father preached again yesterday on the topic of mercy and excoriated the "rigid who punish in the penitent [what] they themselves hide in their own soul."

In what is likely an oversight, the remainder of verse 11 was omitted.

This, of course, is the crux of the upcoming "Year of Mercy" and the looming threat of the Synod against on the Family.  Our Lord-- addressing the woman caught in adultery-- states as follows:

"Woman, where are they that accused thee? Hath no man condemned thee? 11Who said: No man, Lord. And Jesus said: Neither will I condemn thee. Go, and now sin no more."

Our Lord said it Himself.  He also spoke very clearly about the indissolubility of marriage and the impossibility of divorce and remarriage (Mark 10: 2-12):

And the Pharisees coming to him asked him: Is it lawful for a man to put away his wife? tempting him. But he answering, saith to them: What did Moses command you? Who said: Moses permitted to write a bill of divorce, and to put her away. To whom Jesus answering, said: Because of the hardness of your heart he wrote you that precept. But from the beginning of the creation, God made them male and female. For this cause a man shall leave his father and mother; and shall cleave to his wife. And they two shall be in one flesh. Therefore now they are not two, but one flesh. What therefore God hath joined together, let not man put asunder.

And I consider this one of the most beautiful phrases of the Gospels, as it upholds marital love and dignity, and ensures the viability and protection of families.  Families of human beings with immortal souls, destined for heaven.

Please note, moreover, that it was the Pharisees who sought to tempt Him by asking if divorce were permissible.  And Jesus told them that the Mosaic concession of divorce was in the Old Law because of their hardness of heart.

Who are the rigid ones again?

And despite the machinations of Cardinal Kasper and others of whatever ecclesiastical rank, the Vicars of Christ for nearly 2,000 years have witnessed to the immutability of this doctrine and the necessary corollary that to allow unrepentant sinners to receive Holy Communion would be to encourage and sanction sacrilege.  Pope John Paul II, who was canonized by the current pope, addressed this matter in the Apostolic Exhortation Familiaris Consortio.  After discussing the difficulties of divorced and civilly remarried Catholics, he stated this:

However, the Church reaffirms her practice, which is based upon Sacred Scripture, of not admitting to Eucharistic Communion divorced persons who have remarried. They are unable to be admitted thereto from the fact that their state and condition of life objectively contradict that union of love between Christ and the Church which is signified and effected by the Eucharist. Besides this, there is another special pastoral reason: if these people were admitted to the Eucharist, the faithful would be led into error and confusion regarding the Church's teaching about the indissolubility of marriage.

Reconciliation in the sacrament of Penance which would open the way to the Eucharist, can only be granted to those who, repenting of having broken the sign of the Covenant and of fidelity to Christ, are sincerely ready to undertake a way of life that is no longer in contradiction to the indissolubility of marriage. This means, in practice, that when, for serious reasons, such as for example the children's upbringing, a man and a woman cannot satisfy the obligation to separate, they "take on themselves the duty to live in complete continence, that is, by abstinence from the acts proper to married couples."(180)

Similarly, the respect due to the sacrament of Matrimony, to the couples themselves and their families, and also to the community of the faithful, forbids any pastor, for whatever reason or pretext even of a pastoral nature, to perform ceremonies of any kind for divorced people who remarry. Such ceremonies would give the impression of the celebration of a new sacramentally valid marriage, and would thus lead people into error concerning the indissolubility of a validly contracted marriage.

By acting in this way, the Church professes her own fidelity to Christ and to His truth. At the same time she shows motherly concern for these children of hers, especially those who, through no fault of their own, have been abandoned by their legitimate partner.

With firm confidence she believes that those who have rejected the Lord's command and are still living in this state will be able to obtain from God the grace of conversion and salvation, provided that they have persevered in prayer, penance and charity.

Now, of course the truth does not have an expiration date, but even by Vatican II standards, this authoritative teaching is of recent vintage.

In fact, it is but 33 years old-- the same age as Our Lord when He was executed by His enemies for preaching the Gospel.
Posted by thetimman at 3:06 PM

The blogger at Unam Sanctam Catholicam offers a compelling discussion in his post 'Children's Crusade and the Age of Mercy'.

The Thomistic doctrine on mercy is provided as a backdrop to the article discussing the Year of Mercy and its relation to the upcoming Synod on the Family.

I know so many who like to talk about a "forgiving God" but I never hear the condition of "go and sin no more." They like to forget that part.
--
I am not a robot, for the record. ;^D