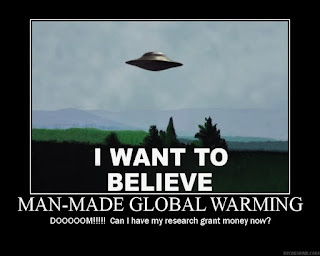 My stomach may not allow me to post on the Encyclical when it is "released", so here is one last effort at painting the context of this thing.

The Bear shrewdly and I think accurately poses the question: Is this the "high water mark" for Pope Francis?  Excerpts:


We may be witnessing the high water mark of Pope Francis. The Bear has a feeling it's downhill from here.

Why would the Bear say such a ridiculous thing now, of all times? The whole world has turned its gaze toward the Man in White.

First of all, what does he bring to the party, if it is permissible to put it like that? The only so-called science will be second-hand. Nothing new here. It's not like he's an expert in the field. The people who have been impressed with the climate change pseudologia fantastica thus far will continue to believe, and those who don't, won't. How many people do you think will really say, "Oh the Pope has come out on the subject of global warming, so I'm going to change my mind! Honestly, the Bear doesn't think it will be very many.

[...]
The Bear believes it is unfortunate for a pope who is already suspect in some ways in the minds of many, to so unambiguously align himself with a goofy political fad and all its hangers on. The Bear's theory is that global warming "ticks all the right boxes" for the Pope, economically and politically. He was powerless to resist. That's about the most you can say.

When's the last time you heard of Al Gore?

In a similar, but non-Catholic vein, the blogger at the provacatively-titled blog Moonbattery, makes an absolutely undeniable point-- it is an either/or win for the hard left:

The encyclical promises to be a stunning victory for those who would drag us into the impoverished darkness of oligarchical collectivism. Either Francis is successful at subverting Catholicism to put it at the service of leftist ideology, or he drives people away from the Church by binding it tightly to political radicalism and a debunked hoax. Either way, the hard left wins.

Email ThisBlogThis!Share to TwitterShare to FacebookShare to Pinterest
Labels: Pope Francis, why do Catholics drink so much?

It used to be that popes wrote about HOLY things...you know about God or about the salvation of souls, etc. Sigh. We yearn for such days again.

Going to never read this 'encyclical' or anything else coming from Rome at this time.

You and your readers might also consider this point of view:

Dear Mr. or Ms. M. Prodigal: The last time I checked, the earth was created by God, who declared that it was "good." Yes, believe it or not, that which God makes IS holy and worth protecting. Most likely the reverence that Pope Francis (the Holy Father, the Vicar of Christ, leader of the Church on earth) is trying to encourage in his encyclical does not fit with your political orientation and/or your economic interests. Sorry about all that. But no need to run down the pope -- as some at this supposedly "Catholic" blog do -- when he writes about protecting what God has created.