If You Don't Know America Yet, This is America 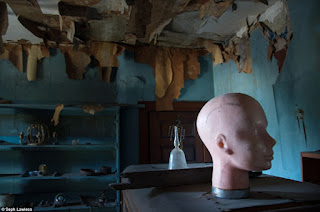 
I live in a country that gave birth to an organization conceived in lies and dedicated for the purpose of murder. It is called, with a wry irony that escapes us, “Planned Parenthood.”… They at “Planned Parenthood” will do nothing for your parenthood at all.

They will kill the baby in your womb, that they will, and make a nifty living from it.

I live in a nation conceived in liberty, raised high in empire, and fallen into moral lassitude, impotence, and automatism. God help me, but I still believe that my countrymen are better than the follies they believe. But no puddle in the alley behind the fire escapes is so muddy, so rank, and so shallow as are their souls of my countrymen, if I am to judge by their own unwitting testimony.

I live in a nation whose form of government is predicated upon a trust in the intelligence and the good sense of ordinary people, to accomplish the ordinary ends of life for themselves, their children, and their neighbors.

Therefore all oversight of local schools has been snatched from them; sweet and community-building customs have been discarded or suppressed; and children are taught to despise what their forefathers believed and said and did, or rather they never really learn what they believed, they never hear what they said, the worst construction is placed upon what they did, and sins they never committed at all are attributed to them, so as to clear the way for the new and improved—toothpaste, elections, deodorant, marriage.

In my nation we deny truths that lie in front of our eyes. Any fool can figure out that a man is not a woman, a cesspool is not a womb, a drug that thwarts the natural action of an organ is not medicine, an orphan is not a privileged member of an alternative family, pictures of people doing vile things are not the same as speech, and a law whose substance no one can know (because it is too vast, or vague, or incomprehensible) or rely upon (because it is subject to the caprice of inventive judges) is not a law at all. Any fool; but we are not any fool, just as Michelangelo was not any artist. We have judges who legislate, legislators who defer to bureaucrats and judges, and executives who do what they will. We call it “democracy” because the technology of elections is still in place, a monstrous Rube Goldberg array of machines, fed by thousands of polls and billions of dollars, cranked and kicked and oiled and fueled by a swarm of parasites, all to spit out a president whose platitudes are as flat as Kansas, with never a tornado-tossed house to fall upon the Great Leader’s head and set the Munchkins free.

Email ThisBlogThis!Share to TwitterShare to FacebookShare to Pinterest
Labels: culture of death, Truth

Yes
So true! Where is Oz? Where is Dorothy?
Where is the wizard and tin man and lion and scarecrow? Where is Toto?
All I see are flying monkeys, witches and tornados.
I want my red ruby shoes....there's no place like home but I can't find home anymore.

I live in a country where a child is sacred - until it is born. Once the child is born, these are the loud voices yelling at them:
* If your mom or dad aren't natural citizens, you're getting your a$$ deported you filthy alien!
* If you're born into poverty - who cares. Raw capitalism solves everything ... if you're rich.
* If you're born in impoverished rural America, or a ghetto, that's too bad. We could care less about you unless you live in the lily-white suburbs protected from you.
* If you're born sick - we could care less. We will punish you because you're parent(s) can't afford insurance. We will hate you for being a leach on society. Besides, you're not helping the capitalists, who are gaining 20% in administrative fees and astronomical salaries because, well, this is raw capitalism.

However, if you're a healthy, white, middle or upper class baby, the world is yours. We will pretend that you yourself are successful all by yourself, and not because of the privileged class into which you were born. We'll pretend that you pulled yourself up and made something of yourself all by yourself. We'll pretend that being fed, nurtured, loved, groomed, educated, trained, and given access to the privileged class in America had nothing to do with your individual success.
* Despite being able to predict with 99% certainty that if you're born into poverty, you will die in poverty. Who cares?!

* We will act as if Jesus himself promoted raw capitalism, and we will tell everyone we're more Christian than "them." Because as a 'Christian nation,' we don't want to be reminded of the poor, the sick, the injured, the insane, the dying. Once you're born, baby, you are totally on your own.

* In the meantime, please keep the massive redistribution of wealth going to the upper 1% of America. They're the ones for whom we have such compassion and mercy, and only when they get even wealthier, then the rest of America will finally be better off.

I get a kick out of your occasional attempts to bludgeon me on immigration.

All the best, Tim

That didn't sound like a *sigh* to me; it sounded like a rant from someone with an axe to grind.