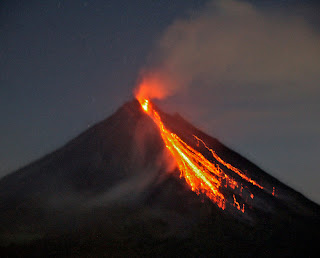 Wanted to say something, anything, today.

Here is a good start:

[46] And if thy eye scandalize thee, pluck it out. It is better for thee with one eye to enter into the kingdom of God, than having two eyes to be cast into the hell of fire: [47] Where their worm dieth not, and the fire is not extinguished. [48] For every one shall be salted with fire: and every victim shall be salted with salt. [49] Salt is good. But if the salt became unsavoury; wherewith will you season it? Have salt in you, and have peace among you.

[10:1] And rising up from thence, he cometh into the coasts of Judea beyond the Jordan: and the multitudes flock to him again. And as he was accustomed, he taught them again. [2] And the Pharisees coming to him asked him: Is it lawful for a man to put away his wife? tempting him. [3] But he answering, saith to them: What did Moses command you? [4] Who said: Moses permitted to write a bill of divorce, and to put her away. [5] To whom Jesus answering, said: Because of the hardness of your heart he wrote you that precept.

[6] But from the beginning of the creation, God made them male and female. [7] For this cause a man shall leave his father and mother; and shall cleave to his wife. [8] And they two shall be in one flesh. Therefore now they are not two, but one flesh. [9] What therefore God hath joined together, let not man put asunder. [10] And in the house again his disciples asked him concerning the same thing.


[27] Therefore whosoever shall eat this bread, or drink the chalice of the Lord unworthily, shall be guilty of the body and of the blood of the Lord.


But though we, or an angel from heaven, preach a gospel to you besides that which we have preached to you, let him be anathema.

Posted by thetimman at 1:32 PM

Email ThisBlogThis!Share to TwitterShare to FacebookShare to Pinterest
Labels: the party's over

I'd rather have Alexander VI as pope.

He needs to be deposed.

Guess what was the subject of the homily this weekend.

Timman, please remove my post lest it nudge someone who is on the ledge off of it.