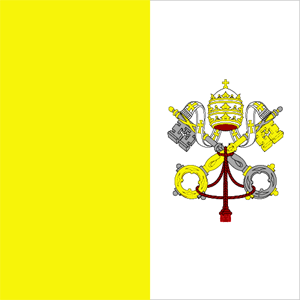 It seems that the discovery of Fr. Bozek's latest move-- the courting of Moonie-married Emmanuel Milingo and hosting of a priestly ordination at St. Stan's by a Milingo-affiliated Bishop-- has been a strategic blunder.  He is now on the razor's edge of continued employment at St. Stan's.
St. Louis Catholic has learned that the Board of Directors of the St. Stanislaus Corporation held a special meeting on Sunday at 3pm, and that the vote to oust Bozek was deadlocked three-to-three.  The three directors voting to fire Bozek:  Rozanski, Zabielski, and Krauze; the three directors voting to retain:  Bialczak, Rudawski, and Baras.
It seems the Board was responding in part to a communication by former Board advisor Roger Krasnicki, who wrote an email to the three Bozek holdouts calling for an end to this fiasco in the wake of the Milingo courtship.  Just as earlier this year, Bozek obtained a copy of that communication and disseminated it to his followers with the request that its contents be disseminated widely.
_______________________

below you will find a message that Mr. Krasnicki sent yesterday to the Board members who are still strong supporters of mine. Besides calling me names he is urging Bill Bialczak, Joe Rudawski and John Baras to join the efforts of the other BOD members in trying to fire me here and now. Those three guys need to know that the Parish is behind them when they face the outspoken and loud opposition within the Board this coming Sunday. The other members who work hard to have me removed from our Parish should know a piece of your mind as well. The fate of St. Stanislaus is in our hands, your action and wide distribution of Mr. Krasnicki's message is appreciated.

WHERE IS YOUR OUTRAGE?

WHERE IS YOUR SHAME?

HOW DARE YOU EVEN CONSIDER RETAINING BOZEK WHO IS WILLING TO FOLLOW A LOONY MOONIE MILINGO OR SOMEONE OF HIS ILK!

Have you forgotten all you were taught about the Roman Catholic Faith or do you now conveniently choose to ignore it?

You are a collective disgrace to the entire Polish Catholic community throughout the world.  You bring shame and ridicule upon our Faithful ancestors who built this beautiful Polish Church while you act so abused and innocent. You didn’t build it and you don’t own it.  You have serious obligations to the people who put you in office.    As I told you before, you are spineless.

While some of you enable Bozek, others of you float in a dream world that soon all will be well.  For many of you it seems to me that $$$$$ have replaced morals and principles.  You exhibit the wisdom and judgment of a mentally incompetent person.

Bozek should be fired immediately for violating the Parish bylaws and his abandonment of the Roman Catholic Faith.  Follow the advice of the directors who have the common sense to get rid of Bozek.</font>

It would be far better to close the Church forever than to let this fiasco to continue.

____________________
In the wake of the tie vote, Bozek demanded a vote of the "parish", but without allowing any absentee ballots.  Of course, he knows from experience that the dissenter crowd can show up and fill the ranks for any protest, while the older (real) parishioners from before the suppression of the parish would be more likely to send him packing.  This suggestion was not acted upon, either.
So, it appears that St. Stanislaus is in need of only one more sensible person to begin to write the final chapter in this nightmare.  One more vote.
The Archbishop has indicated before, and the CDF has reinforced the message in its latest decision regarding the Board, that the olive branch is extended.
One more vote.
And here is one more fact for which to offer prayers:  Two members of the Board are up for replacement in August.  Which two?  Two of Bozek's supporters.  If the three obstinate Board Members can manage to hold the line until August, they have to hold both seats in an election.
Prayer works.
One more vote.
Posted by thetimman at 7:40 PM

I will be sure to increase my prayers.

Now is the time to pray Brothers and Sisters. Let's hope for boldness on the part of those poor dispossessed Poles exiled at St. Agatha's. May they now ressurect themselves for the salvation of their beloved Old St. Stans.

I'm sure those "exiled" but still Catholic Poles at St. Agatha's would gladly return to St. Stan's once St. Stan's returns to the Catholic Church. The return of St. Stan's--Fr. Bozek included-- to the One, Holy, Catholic and Apostolic Church is what we all must pray for. And they can't "resurrect" themselves either, figuratively or literally. Only God was able to resurrect Himself, and only God can resurrect others, be it from actual or spiritual death. Could you not have used more respectful language, Guy?

Sorry for the unintended blasphemy in calling for a Polish "resurrection" instead of an insurrection.

Anyway my point was that the real problem now is a political one. Who will get to vote in the future elections to the St. Stan's Board?


The Poles of St. Agathas may try to vote but the current crowd will want to say they are not members of the parish anymore.

That's the real battle to watch. When the loyal Poles "return from the dead" so to speak and demand to vote.

Again, sorry for the unintended blasphemy.

Oddly enough, I'm picturing Rosie O'Donnell as the 3rd baseman in the movie "A League of Their Own." During the World Series Game, 9th inning, she was screaming intently "One More! One More!"

that may be the first appropriate rosie o'donnell reference on this blog.