All of the Maturity You Expect from the Socialist Left 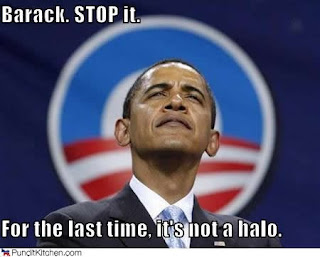 It would be far too facile to point out all of the glaring double standards in the treatment of the party in power in comparison to their opponents. Here is a story about the Great One's first attempt to "reach across the aisle".

Can you imagine if Bush said in response to Democrat complaints, "I won"? Where is the hope, the change, the "new tone", the bipartisanship?
Four years can't pass quickly enough:
President Obama listened to Republican gripes [SLC: Gripes?] about his stimulus package during a meeting with congressional leaders Friday morning - but he also left no doubt about who's in charge of these negotiations. "I won," Obama noted matter-of-factly, according to sources familiar with the conversation.
[...]
“We expressed our concerns about some of the spending that’s being proposed in the House bill,” House Minority Leader John Boehner said after meeting with Obama.
“How can you spend hundreds of millions of dollars on contraceptives?” Boehner asked. “How does that stimulate the economy?”
[...]
Posted by thetimman at 1:59 PM

Hey, as a Catholic I know precisely how contraceptives will stimulate the economy... by the blood of innocents, that's how! Contraceptives fail and abortions are procured. The abortionists will become richer and spend their profits on more and more worldly goods.
God help us all!

And he's already giving some sort of warning not to listen to Rush Limbaugh! If only they did! The related scuttlebutt is that this is a warning cue about the un-fairness doctrine to come.