Is the Post-Dispatch Censoring Reader Comments? 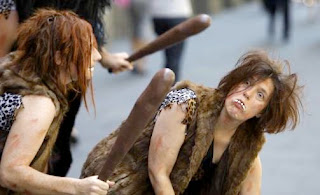 UPDATE: As of 2:53pm today, three later-posted comments have been posted at the STLToday blog, but the comment below is still not posted. This is troubling...
Tim Townsend has now blogged on the Archbishop Burke/Cardinal Murphy-O'Connor story here. So far so good.

Interestingly enough, though, a reader informed me that he attempted several times to leave the following comment at that site:

I am disappointed in your lack of due diligence in adequately researching for this story.
You wrote, "Canon law says only the bishop of a diocese - in this case Murphy-O'Connor - can invite another bishop to celebrate Mass at a church in his diocese." Nowhere does canon law "say" this anywhere.

To the contrary, canon 390 of the Code of Canon Law states that outside of his diocese, a bishop can celebrate a pontifical rite with only the presumed consent of the local bishop, in this case, Cardinal Cormac Murphy O'Connor. Express consent is not required.

The Latin Mass Society was perfectly reasonable in presuming that a Prefect of a Vatican Dicastery was welcome, as a representative of the Roman Pontiff, to celebrate Mass in the Cathedral of Westminster.

Next time, please do your homework. Don't state a factually verifiable error as truth, which is what you did. Anything less is indicative of bias on your part as a journalist.

The problem is that the comment shows as having been posted, yet only on the computer of the person who posts it. In other words, each time the comment is posted, the person posting it sees it--as though it were posted, on his own screen-- but if he goes to another computer it does not appear. This happened to my reader several times. I tried posting the same comment, too, and got the same result. Weird, isn't it?

I understand that the Cardinal has the authority to do this. However, what is he trying to accomplish?

Perhaps we should assume this is a temporary glitch in the Post-Dispatch's comments area and that this will be soon corrected. Weird.
Posted by thetimman at 1:43 PM

Comments only showing up on your own computer????

That is highly deceptive behavior. I think it goes against the Commandment about "bearing false witness".

I have posted comments and the Post has removed them. I guess they were not anti cathilic enough.

Well, Doubting Thomas's post shows up on my computer too, so I bet it's been posted ;)

While I have no doubt about media bias, there really is no way to do what was described on a technical level.

Either it would or wouldn't appear at all, but there would be no way to contrive something to seem to appear on a local computer and not in actual fact, excepting if you did it from the local computer itself -- which obviously is not the case here.

Sounds to me like the comment writer maybe was just misunderstanding what was going on, or what they were or weren't looking at.

Ignoring for a moment what Cardinal Murphy-O'Connor should have done (because I am in 100% agreement on what should have been done), the STLPD comment you have posted regarding canon law is incomplete. Canon 390 states, "A diocesan bishop can perform pontifical functions in his entire diocese but not outside his own diocese without the express, or at least reasonably presumed, consent of the local ordinary."

There are three interesting points here:
1. This canon doesn't apply to the LMS. It applies only to Archbishop Burke here (and maybe not even to him, see #2). If Burke had shown up and celebrated mass without express consent of the Cardinal, this canon allows him to not be in violation of canon law. This does not mean the LMS has canon law justification in asking him without speaking to the Cardinal.

2. This canon refers to "Diocesan bishop." Archbishop Burke is no longer a Diocesan bishop. I don't claim to understand how canon law would work in this situation, but it doesn't seem that this law directly applies to Burke. Can any non-diocesan bishop just show up on presumed authority?