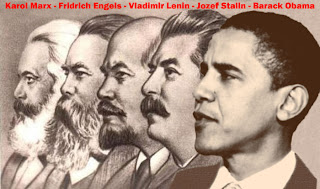 This is important, if only as an example of the tactics of a socialist ruling junta. Like all who aspire to totalitarian control, the junta in the U.S. not only has a political arm, and a state security arm, but also an information/propaganda arm with a psychology of mass persuasion and mob manipulation.
Whatever the junta wants to do is OK, though. Rules do not apply to them. Whatever the leader's actions and words actually are, report them as a sublime triumph.
But in all cases, marginalize, intimidate and crush any dissenters.
Fox 2 "News", and its "reporter" Charles Jaco, ran this story about the upcoming tea party protest in St. Louis. Jaco does not scruple to label this event as being staged by dangerous extremists. He cites to the discredited Missouri Highway Patrol report, and insinuates that these dangerous forces unfairly caused heads to roll as a result. Not that the report was lunacy, but that these forces have clout.
As an aside, if you are a conservative and ever think that by giving a taped interview to a TV reporter that you will get a fair airing of your views, you are sadly mistaken. Check out how they chump the poor guy who is helping to organize the protest.
Gateway Pundit, with its usual fine coverage, puts the lie to the Jaco "report". These smear tactics are used to poison the well by the lapdog media, who exist as stenographers for the Obama regime.
The point here, considering this blog's mission? Catholics are also targets for this regime. These tactics are being used, and will continue to be used, against Catholics and other religious allies in the struggle against sodomitical "marriages", abortion, and cloning.

Though we cannot back down from the promulgation of the Gospel and the defense of the Faith, we must expect these tactics.
Posted by thetimman at 7:55 AM

We should all teabag Obama to show him what we think. Lets face it, if every Catholic in the US teabagged Obama then he would sure remember us!