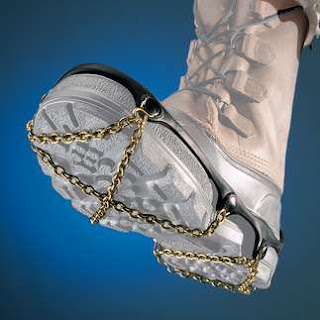 I saw the article last week about a little boy who committed the most heinous crime known to the modern school system-- he brought a toy gun to school-- and the continued persecution he suffers at the hands of those we pay to provide his intellectual and social formation. I read this after just having run two posts critiquing the public and private schools, so I almost let this one pass. But after reading a blog post on Fred Reed's curmudgeonly site, putting the incident into the larger context of America's passive-aggressive culture, I changed my mind.

I find this inspiriting headline polluting my inbox like rotting road-kill. It's from Broward County, Florida:

Parents want their child back in school. School board says no way” [...]

“School board officials said the rules are quite clear and that the toy gun constituted a weapon.”

Me, I figure the school-board officials constitute a pack of priggish low-Board simians who ought to be swinging in trees instead of trying to run a school. But then, I’m a curmudgeon.

Think about it. Kid—he’s eight—shows up with toy gun after watching 12,000 hours of shoot’em-ups on the lobotomy box, Luke Skywalker blasting funny-looking milkmen like a pretty little mollycoddle turned psychopath. Kid sees war coverage with heroic GIs in Afghanistan killing anybody they can see. He watches recruiting ads for the Marines, who carry guns and want A Few Good Persons. Why would he possibly be interested in a toy gun?

And why would nominal adults, even the barely educated variety characteristically found on school boards, want to wreck the kid’s life? Actually of course it is passive aggression, an attack on the tyke, said attack masquerading, or perhaps marauding is the better word, as high moral endeavor. See, they’re protecting Western Civilization.

The US these days rolls in passive aggression. The country grows daily more mean-spirited, more wrapped in a miasma of diffuse anger, but you still can’t just go up to a child and hit him with a ball bat, or throw acid in his face. No. Instead you find a smugly righteous way to set him back two years in school, thus making him into a guaranteed social misfit. How very…I don’t think “intelligent” is an adequate word. Perhaps “sublime” is better. Or “supernal.”

As tensions grow in America, as divisions flourish, and the nation leads up to something unseen but ugly, prissy vindictiveness and moral sadism become normal. We have become a gotcha culture, watchful for transgressions meaningless but forbidden, so that we can make the malfeasor squirm. How we enjoy the squirming, the writhing on camera, the heavy punishments inflected for nothing.

I agree that the country, and Western civilization, roils in passive aggression. This incident is not unknown in the context of public school news. Remember the little boy who was called to the principal's office for bringing a toy Lego guy with an itty-bitty Lego gun? If a student draws a picture of a stick-figure firing a gun it becomes a cataclysmic event. Last week, a local school district went into lock-down because some hunter left a gun he legally owned and possessed in his car parked on the school lot. The students were saved and the hunter was charged with unlawful use of a weapon.

An adoloscent raised on pornography produces a deviant character; if this person expresses his deviancy one way, that is a celebrated freedom; but stray in a different direction, and society wags its collective beard, clucks its collective tongue and brands you for life. You can cheat on your wife, unless you get caught. There is no more sin, there is only the inappropriate.

Society urges every libertine excess, and selectively punishes the politically incorrect. This is not a healthy way of organizing a people, or of enforcing a system of laws, or of building a culture.
And yet, the faux-culture being pushed on us is widely accepted. The parents of the little boy who was expelled by the school district is begging that same abusive system to take him back, and are admitting their son's "mistake" in a classic Stockholm syndrome plea for readmission into the Matrix.
_____________________________

Back to the eight-year-old. "He made a mistake, but why the severe punishment? I don't understand that," said Magdiel Burgos, Sam's dad.”

What? The child did not make a mistake. He’s freaking eight. He brought a toy to school. Since eight is too young (at this writing) to be made to snivel on camera in delicious autohumiliating, his parents per force do it for him.

The correct solution to the problem, if there were a problem, would be to tell the kid, “Hey, you aren’t supposed to bring stuff like this. Don’t, OK?” When he is a little older, he might be told that the entire scholarly (which it barely is) establishment constitutes a dry run by Darwin, which he judged a failure and meant to discard, but forgot.

There is something wrong, something fetid and cruel, about anyone who will so treat little boy. It gets stranger:

“The school board said they would admit Samuel into a correctional school for problem children who have been expelled located in Hallandale Beach.”

Oh joy! Reform school! What better way to turn him into a happy and stable boy? (Which he is anyway.) Why not Leavenworth? We could try him as an adult. I recommend solitary, to protect the other inmates. And don’t let him bring his teddy bear. He has to learn that actions have consequences.

I thrash about in search of understanding. It cometh not. Perhaps the explanation lies in physics: The stupidity of a closed system tends to remain the same or to increase. Usually, increase.

This sort of neurotic theater has gone on for years. I remember the boy expelled for pointing (so help me) a chicken finger and saying “Bang!” another for bringing plastic soldiers to school, another for drawing a picture of a soldier with a gun, another for swatting a girl on the butt on the playground. This last resulted in the calling of cops, a handcuffed kid, and compulsory psychiatric treatment instead of an admonitory, “Don’t do that again, Bobby. Do you understand me?” How does a society come to this?

I can make guesses that sound vaguely plausible. The United States is not a happy country. People waste their lives in meaningless jobs, trapped by the credit card, the mortgage, the student loan. They know they are wasting their lives. Racial anger runs high. Women resent men. Divorce screws up kids. There is the two-hour commute to the cubicle and back to the sterile box in the anonymous subdivision, the lack of influence over their lives, life from paycheck to paycheck. And anger at affirmative action, either because they suffer from it or because they need it. Life is just flat stressful.

People get spiteful, mean, like mistreated dogs. They want to make others as miserable as they secretly are themselves. So they torment a little boy. I’m going to change my phylum.
Posted by thetimman at 1:20 PM

Like other right-thinking patriots, I believe that God would want all children to bring guns to school.

This is just another sign that left-wing liberals are taking over.

Comedy is tough, I'll give you that.

Years ago, I read a good book called "The War Against Boys, How Misguided Feminism is Harming Our Young Men," by Christiana Hoff Summers. It really points out the error of the feminists in emasculating boys and attributing pathology to healthy boys.

I do not agree that this is an "American" problem, but a very sad issue of our times that affects most young boys and men of today. Boys need to be "MORE LIKE GIRLS" or we just drug them up, or kick them out of school.

And I wish to correct the author's statement that the soldiers in Afganistan shot at anytbody they can see. Our soldiers today are given such strict rules, under the threat of prosecution that they often loose their own lives, by choosing not to shoot at someone who puts them in danger. One can read, "Lone Survivor" to read the first hand account of about 12 Navy Seals who were masacred when they let two sheep herders go that they knew would inform the Taliban.

I can only suppose you haven't seen any of the Wikileaks footage of the US soldiers firing on the Reuters photographer and his children in Iraq.

Given the anxiety/paranoia that is evident in your posts (something you also freely admit), I would be afraid to witness your actions in combat. With that in mind, please be more charitable to policemen and the military in your posts.

Yet another reason that home educating is superior. Boward County School Board - EPIC FAIL - in both leadership and logic. At the very least, what kind of body would recommend sending a small child, in the context of this action, to a school where students committed actual crimes?

I would be for sending each member a copy of Dangerous Books for Boys just to watch their estrogenic heads spin off their shoulders.

If the parents really want the child back in school, they should just explain that he is gay, and was bringing the toy gun to protect himself from the homophobes that threaten him on the playground.

Then they will not only readmit him, they will probably build an entire curriculum to "reform" the rest of the students.

I blame the Baby Boomers, the generation that introduced and promoted promiscuity, recreational drug use as a hobby, the Beattles, hippies and twisted feminist logic.

"Forty years I endured that generation..."

When the boys are done reading Dangerous Book for Boys, they need to read The Ultimate Man's Survival Guide: Rediscovering the Lost Art of Manhood by Frank Miniter.

One day we'll rid or schools and communities all of the leftist, elitist, ill-educated 'fraidy cats as leaders.

Now that I know that there were a few jumpy soldiers in Iraq, it has opened my eyes that the above author was right and ALL the soldiers in Afganistan must be shooting at anything that moves! Forget those Navy Seals who died by trying to follow the strict rules of engaement they now have in the military that can hold soldier's lives in jeapardy.

I guess instead of thinking our military are strong and brave men, I must now think like the left, that they are murdering thugs. . . I guess my late uncle who was highly decorated in WWII is in hell now.

I edited some comments because 1. name-calling isn't charitable; and 2. For reasons other than the ones identified by a reader who emailed me, by trying to give a little leeway to some I gave none to others.

Bottom line: comments using irony, even sarcasm, can be useful on occasion, even entertaining. I don't want a blanket rule against anything other than profanity or libel.

In light of the purpose of the blog, let's all go the extra mile to be charitable.

We're all human beings. No big deal. And its just a blog. So, I'll try harder; let's all try harder. But the last thing I want to do is to scare away humorous banter and irony from the combox.