A Faithful Pastor Guides His Flock: Letter to a Parish on the New Missal Translation 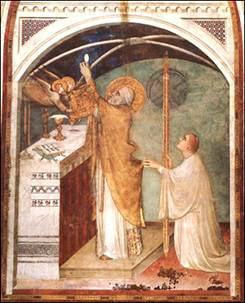 This letter from a pastor to his parish about the New English Missal translation is a wonderful example of true pastoral care.  It teaches truth with charity, it respects the souls--and the intelligence-- of the faithful, and shows in each paragraph the importance of the beauty and integrity of the Church's Liturgy.  It is lengthy, as a pastoral letter might well be, but I print it here in full because it is so well worth the read.  This parish is certainly blessed to have such a pastor, who seeks to carry out the will of the Church in her most important act of prayer.

I know that this letter is extremely long for a blog post format, and wanted to let readers know that I intend to post separately in the next couple of days with excerpts I found particularly compelling.

However, because these will be my own emphases and not Father Richard's, I wanted to give his letter some time to stand on its own before I superimpose my own take, which might filter the reader's reception of it.

Thanks to Fr. Richard for allowing me to post this. We miss you in St. Louis.

I didn't realize Fr. Richard had returned to Louisiana.

Another great teacher that Kenrick lost was Fr. Larry Brennan - my favourite professor when I was in seminary. I was informed last year that he was working under Bishop Sheridan in Colorado Springs.

Come to think of it, Fr. Morris is gone too.

Is this why he's no longer here in the Archdiocese?

Wow, really well done. I never had a pastor like this.