Big Day for the SSPX? 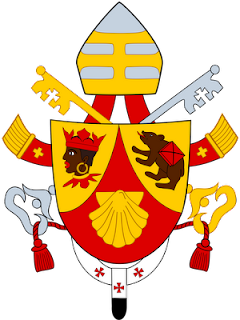 Vatican journalist Andrea Tornielli is reporting that the response of the Holy Father to Bishop Bernard Fellay, Superior General of the SSPX, concerning the famous and secret doctrinal preamble that, if agreed to by Msgr. Fellay, will reconcile and regularize the SSPX.  Due to the making public of the internal (apparent) disagreement among the SSPX bishops, the Holy See announces that the other three bishops will be dealt with separately.


And, in an update, it appears that Bishop Fellay has met in person with the CDF in Rome today.  Pray for God's will to be done.


Rorate has the translation of the Tornielli piece and some analysis:


Bishop Fellay, the Superior General of the Society of Saint Pius X (FSSPX / SSPX) will receive in the upcoming hours the papal response in Rome.* From Vaticanist Andrea Tornielli, writing for La Stampa - the excerpt below includes all new information:

After having studied with attention the text of the doctrinal preamble, with the modifications requested by the Superior of the Society of Saint Pius X, Benedict XVI would have made his decision and had delivered it to Cardinal William Levada, Prefect of the Congregation for the Doctrine of the Faith, and to the Secretary of the same Dicastery, Archbishop Luis Ladaria Ferrer, during the audience granted to both last Saturday.


The text of the doctrinal declaration is a top secret, but it will be published - this was assured from the beginning - if an agreement between the Holy See and the Society founded by Archbishop Lefebvre is formalized. It is not possible to know, therefore, if modifications or clarifications were added to the text that Bishop Bernard Fellay had sent to Rome in mid-April and that the Cardinals had examined and discussed on May 15, in the Feria Quarta [Wednesday meeting] of the Congregation for the Doctrine of the Faith. In the upcoming hours, the papal response may be delivered to the Lefebvrian superior. It will be up to him to give final assent to the preamble. ...  If Fellay, after having received the Vatican response, signs the doctrinal declaration, the agreement will be officially announced.

In any event, the matter concerning the other three Lefebvrian bishops will remain open ... . Even if the Superior of the [Society of] Saint Pius X signs the doctrinal declaration, the positions of the three bishops will be examined individually by the Congregation for the Doctrine of the Faith.

*[Update:] French religious news agency I.Media confirms the information that the Superior General is in Rome and adds the following (it is now 1430 in Rome):

The Superior of the Society of Saint Pius X (FSSPX), Bp. Bernard Fellay, was called to the Vatican to meet, in the afternoon of June 13, 2012, the officers of the Congregation for the Doctrine of the Faith (CDF), I.Media has learned. Following this meeting, the Prefect of this Dicastery, Cardinal William Levada, will deliver to the FSSPX authority the conclusions of Benedict XVI at the end of the discussions aiming at bringing the Society to full communion with Rome. [Via Le Salon Beige]

Lombardi: Negotiations with the Society of Saint Pius X still in progress

Vatican City, 13.06.2012 (KAP) - The reintegration process between the Vatican and the "Society of St. Pius X" (SSPX) is, in the words of Vatican spokesman Federico Lombardi, "still underway". Currently, there is no information on a decision, he told "Kathpress" on Wednesday.

Most Sacred Heart of Jesus, have mercy on us!
St. Pius X, pray for us!
Posted by thetimman at 10:39 AM

Direct Tweets from CNS can be found at http://twitter.com/#!/CatholicNewsSvc