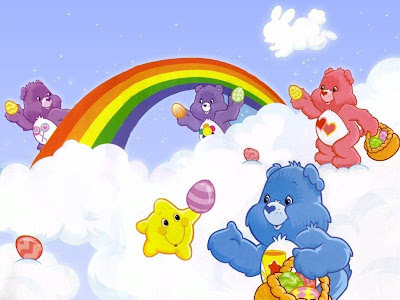 Posted by thetimman at 1:36 PM

why? are you pro-abortion? why pile on when he didn't even say that? can you tell me exactly what he said that was unreasonable??

I figured I'd get some blowback.

Emmett,
Just thought it was funny.

It was a most unfortunate comment-- "legitimate rape" terminology and the amateur medical diagnosis-- given to a known anti-life hack reporter. You can't give the enemy the line to hang you with.

I have to say I agree with Ann Coulter's take on it-- it is the absolute obviousness of the tactic combined with the lack of ability to handle it that caused the trouble.

Anonymous, if you think I'm pro-abortion check the graphic at the bottom of the right hand column of the blog.

What he meant to say:
Killing the baby doesn't unrape the woman!

It's actually theoretically possible that since stress can delay or prevent ovulation that the trauma of a rape could delay or prevent ovulation which would mean no conception. People familiar with Creighton know that this is what can cause the so-called "double Peak." Would this prevent conception? Obviously not in all cases, like if ovulation is occurring or has occurred. But it's not impossible, as confirmed by a friend of mine who is a Creighton Medical Consultant.

In other words, you are committing the sin of detraction against a good man who has dedicated a lifetime of service to the pro-life cause for no real reason except to amuse yourself. I am through with you and your blog.

Anonymous (the one I posted despite the rule against anonymous posting),

I'm not sure you understand what the word "detraction" means. I didn't expose any sinful behavior by Mr. Akin; he didn't commit any sin by his comments, which many have thought to be unwise.

But maybe you won't read this response, as you are through with my blog-- and me.

I really wish you hadn't changed the photo. I linked to it and now there is some confusion amongst friends. -Carebear

the original meme can be found linked in a comment to the Washington post story I linked to below, entitled "when..."

I voted for him too, and will again if he's still the candidate in November. But I am appalled by the remark that "legitimate rape" seldom produces a pregnancy. I think he has some maturing to do personally as well as politically.

To paraphrase Jamie Allman this morning, you can kill your girlfriend after driving off a bridge or molest a young intern in the Oval Office, and survive politically, but the two-minute hate starts when you say something stupid that everyone knows you don't mean -- if you are a conservative.

I think Akin meant that if abortion was illegal to all but rape victims it would be abused by women claiming "rape" when it was consentual. I'm sorry if that isn't politically correct, but there are false claims of rape and false "statistics" of women conceiving who were not truly raped.
I didn't vote for Akin because he is a career politician and acts as one.

Sorry, I meant to say I don't care if you make fun of Akin. He is a candidate and can take it. It really was my first thought how my friends who have been attacked would feel.

Surely not for publishing on your wholesome site, but merely for your own amusement. The Onion captures this issue perfectly:
http://www.theonion.com/articles/i-misspokewhat-i-meant-to-say-is-i-am-dumb-as-dog,29256/?ref=auto

" I am through with you and your blog."

Finally, someone with the guts to say what we've all been thinking.

"Finally, someone with the guts to say what we've all been thinking."

As far as political candidates are concerned, I think we should do the same thing that the military does in times of war: THE DRAFT

If ordinary citizens were drafted into office to serve 4 years, a whole lot of problems would be solved. The real American people would for once be empowered to act on behalf of their countryman!

These people would have to go back and live with the very people they served. If they did so honorably, good. If they did not, then they alone suffer the consequences.

Timman said "given to a known anti-life hack reporter. You can't give the enemy the line to hang you with."
Very interesting - the reporter is Charles Jacko, a FOX 2 News reporter, which of course, only offers "Fair and Balanced News." So much so that the following day, when the national and local press was all abuzz about Akin's disastrous remarks, didn't offer one second of coverage.
Charles Jacko tosses up underhanded, softball pitches to Republican candidates - there seemed to be no intention on his part to trip Akin up - they're on the same team.
As Timman said, Akin offered some very ignorant statements about the female body magically rejecting the sperm of a rapist so she couldn't become pregnant, unless, of course, it wasn't really a rape.
So the 30,000+ children born because their mothers were raped must have, uhm, "really wanted it" or were "lying" about being raped. Which is like being raped again, and again, and again.
Truly sad.
*sigh*