Viva Cristo Rey-- A Presentation on the Cristeros, September 15 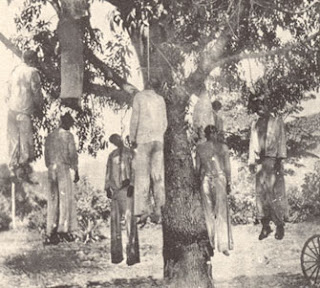 A local group of Catholics called Sursum Corda St. Louis (not to be confused with the Institute's young adult group of the same name) is hosting a presentation by Christopher Check about the Mexican Martyrs of the Cristiada on the 15th of September at the Holiday Inn South.  There will be a reception beginning at 6:30pm, lecture at 7pm, and a social hour thereafter:

Viva Cristo Rey!  The Cristeros and the Martyrs of the Mexican Revolution

by Christopher Check. An accomplished journalist and lecturer. Mr. Check is currently the executive vice president of the prestigious Rockford Institute, and will soon be joining Catholic Answers as Director of Development.

Viva Cristo Rey! chronicles the true story of the Cristeros, who valiantly battled the enemies of the Catholic Church in Mexico in the early part of the 20th century.  Their story was popularized in the recent Hollywood film, For Greater Glory, and we agree it’s a very timely subject due to the current political climate in the United States.  Never has our freedom of religion been more threatened in America than it is today.

Christopher Check’s presentation is one Christians of all denominations should see because it demonstrates the brutal persecution of the Church in Mexico, and could well serve as a warning of the persecution that could come to the United States.

Tickets at $10. per person can also be purchased from members of Ladies of Lepanto, Legion of Mary or the Men’s Group at St. Mary's Assumption Parish after Sunday Masses (1126 Dolman Street, Saint Louis, MO 63104).