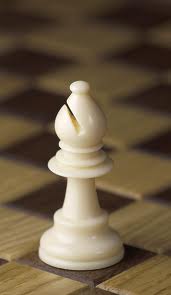 I throw a nod to a friend from the Oratory, who had used the title of this post as the title of a blog he used to write.  I use it now because I feel I must write something of a stream of consciousness post concerning the end of the reign of Pope Benedict XVI and the issues we face as Catholics.

What I will write I cannot claim to be terribly original, nor that it will be better written than what others have written elsewhere.  It will merely be my own.

Anecdotal evidence and gut feelings may motivate or persuade the individual, but do little to carry an argument.  I am not arguing here, so forgive my liberal use of both anecdote and gut.

1.   I have to express my gratitude to the Pontiff for Summorum Pontificum.  As John Rao said in his recent piece, in this motu proprio he "told the world openly what we Traditionalists desperately needed to hear from the voice of the Supreme Pontiff: that the Mass of the Ages could not be wiped from the face of the Earth....Would that I had that one honor to lead me before the judgment seat of the eternal throne of God!"  No matter what else was left undone, or untried, or fell short of the best, this Pope deserves our thanks.  By itself, it is the foundation of all attempts at the future restoration-- if, by God's grace, we ever see it.

2.  When I am tempted to feel dismay at this abdication, or at other seemingly frustrating actions by or towards this Pope, I remind myself of one important fact.  Pope Benedict has read the entire Third Secret of Fatima.  He has read the words of the Mother of God.  He has read her words that unlock the mysterious vision of the Bishop in White.  I don't see how this can be recalled often enough.  He knows what led us to this desperate point.  He knows the sad consequence of several Popes who ignored Mary's admonitions.  He knows the consequences of his own actions-- the motivations and difficulties of which we will never know.

I'm not saying we can't make reasonable observations, but only that we keep in mind that we don't know half of what is going on, and if we did we would probably not handle it very well.

3.  Is Pope Benedict XVI-- or should I say His Holiness Benedict XVI, Pontiff Emeritus-- the famous Bishop in White?  It would explain an apparent awkwardness in the words of the visionary Sr. Lucia, who describes a Bishop dressed in white, who the children had the impression was the Holy Father.  When I first read these words long ago, I thought them a needless nicety-- an unnecessary qualification.  Now, of course, they take on an intriguing aspect, since we are informed that the Pontiff Emeritus will continue to wear white.

Why, if he will be retired from the view of the world, was it thought necessary to make an announcement of his attire?

Of course, it may be coincidental.  And I do not prophesy.  Yet I could consider a plausible future situation where another country, or the International Criminal Court, or the UN, seeks to prosecute Pope Benedict for some charge, real or imagined.  Perhaps the new Pope, asserting the sovereignty of the Vatican City State, refuses to yield him up to the Church's enemies.  Perhaps the "international community" reacts by attacking the Vatican, and you just might see:

...a Bishop dressed in White 'we had the impression it was the Holy Father'.  Other Bishops, Priests, men and women Religious going up a steep mountain, at the top of which there was a big Cross of rough-hewn trunks as of a cork-tree with the bark; before reaching there the Holy Father passed through a big city half in ruins and half trembling with halting step, afflicted with pain and sorrow, he prayed for the souls of the corpses he met on his way; having reached the top of the mountain, on his knees at the foot of the big Cross he was killed by a group of soldiers who fired bullets and arrows at him, and in the same way there died one after another the other Bishops, Priests, men and women Religious, and various lay people of different ranks and positions.

4.  What follows is a prophecy, I guess, but it is not mine.  I pass it along in light of Fatima and the speculation of number 3, above. The Fatima Crusader interviewed some time back Fr. Paul Kramer, who has published his own take on Fatima on a number of occasions.  I do not write this to endorse any view of Fr. Kramer-- anyone can do their own vetting of him and how he or Fr. Gruner are viewed by officials in the hierarchy.  I include an excerpt of this interview only for what he claims a 20th Century stigmatist predicted about the consecration of Russia:

FC: So, whoever this hunted Pope is, Benedict or some other Pope, it will not be he who consecrates Russia, in your view?
Father Kramer: On this point I would refer to the testimony of the Roman stigmatist, Antonio Ruffini. Pope Pius XII authorized the blessing of a chapel on the spot where Ruffini received the stigmata on the Via Appia, and Father Tomaselli, the miracle worker, wrote a booklet about him ----  a short account of the life of Ruffini. I myself knew Ruffini for many years. In the early 1990s Ruffini was asked point blank in his home: "Is John Paul II the Pope who is going to do the Consecration of Russia?" He answered: "No, it's not John Paul. It will not be his immediate successor either, but the one after that. He is the one who will consecrate Russia." That is, Benedict's successor, during this time of world war and persecution of the Church, will be the one to do the Consecration at long last and then the restoration and the triumph of the Immaculate Heart will begin.

This is the kind of stuff that could keep you up at night, if you let it.  So, if it bothers you, don't read too much into it and don't spend time unwinding the thread you could pull.  We do know what Mary asked of us lay Catholics:  pray the Rosary, make the reparation of the Five First Saturdays.

Oh, and as a postscript to this take, read this.

5.  Of course I pray for a new Pope to be chosen like Cardinal Burke.  I mean, really, really like him.  Like, HIM, for instance.  But anybody better will also do.  ;-)

Pray for Cardinal Burke in any event.  If he is not elected, he will be at the forefront of the charge to restore, or will be persecuted by the Church's victorious modernists.

6.  One of the other thoughts that return to me in prayer is to pray for clarity.  By clarity, I mean that we Catholics worldwide actually know just who is elected Pope.  Pray that the conclave is not interrupted, or the election challenged.  The last thing we need is a pseudo-Catholic Al Gore.

7. One more thought before ending this post-- though I may or may not return to the topic.  Speaking of clarity, it would be a blessing (if we are to suffer a general persecution) to actually know who the Catholics are. If there is a schism in the works, I pray it is defused.  But if not, at least we might have the benefit of seeing our enemies unmasked.

There it is.  I won't deny this post is a bit melodramatic, but, to quote Audrey Rouget in Metropolitan:  "Life is melodramatic if you consider the whole sweep of it."  And nothing is more important to this sad world than what happens in that conclave.

Our Lady of Fatima, pray for us!

Posted by thetimman at 4:42 PM

Thank you Timman for your thoughtfulness and clarity that this post brings. Our Parish has recommended a Novena starting March 1st for the intention of the holy successor of Pope Benedict XVI. Perhaps you would share it with your readers:

Come, Holy Ghost, Creator, come.
From thy bright heavenly throne!
Come, take possession of our souls,
And make them all Thine Own!

Thou who art called the Paraclete,
Best gift of God above,
The Living Spring, The Living Fire,
Sweet Unction, and True Love!

Thou who are sevenfold in Thy grace,
Finger of God's right hand,
His Promise, teaching little ones
To speak and understand!

O guide our minds with thy blest light,
With love our hearts inflame,
And with thy strength, which ne'er decays,
Confirm our mortal frame.

Far from us drive our hellish foe,
True peace unto us bring,
And through all perils guide us safe
Beneath thy sacred wing.

Through Thee may we the Father know,
Through Thee the Eternal Son,
And Thee the Spirit of them both ---
Thrice blessed Three in One.

Now to the Father, and the Son
Who rose from death, be glory given,
With Thee, O holy Comforter,
Henceforth by all in earth and heaven. Amen.

O Lord, with suppliant humility, we entreat Thee, that in Thy
boundless mercy Thou wouldst grant the most holy Roman Church
a pontiff, who by his zeal for us, may be pleasing to Thee, and by
his good government may ever be honoured by Thy people for the
glory of Thy name. Through Our Lord Jesus Christ, Thy Son, Who
with Thee livest and regnest world without end. Amen

Thanks for the kind words.