No Time for Sulking: Heroism Has Become Our Baseline 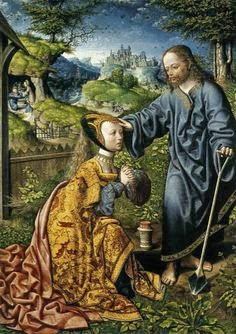 Dear Readers, a blessed Easter to you.  Here I am, back from a mini-break of celebrating Easter, attending to lots of pressing business, and regretting as usual the various volunteer gigs I take on.

I plan on original content soon, but today I simply have to pass along this wonderful article by the great Hilary White over at her blog, Orwell's Picnic.

The situation is grave, but hey, Christ gave the ultimate sacrifice, and He told us to expect no less. White's piece, The Fantasy of Bitterness, makes the point that what is handed on easily is not valued as something that requires sacrifice.  That, friends, is absolutely true.  But even more true is that we have no time for sulking.  Heroism is the new baseline:

And now the Faith is still there and can still be found, but it is no longer easy. The result of the post-Conciliar catastrophe has been as our friend above said, but it has also created a race of Catholic guerilla fighters of which we are the second and third generation, and who are now going to be called upon to carry the fight forward. The ferocity with which they have acquired and kept the Faith is going to be required by everyone.

There is no more cheap grace to be had for tuppence in all the shops. Now if you want to know what is true, you have to go looking for it, develop your mind and knowledge and exercise your intellect and will, which faculties had become nearly atrophied in the immediate pre-conciliar period. Now just getting to know what you need to know to be a merely practising Catholic requires almost heroic effort of will and powers of investigation, as well as taking the trouble to learn to tell the truth from the sweet lies nearly all the parishes and priests are peddling. Heroism has, essentially, become our baseline.

And then you have to exercise those muscles of will to hold on to it as the World turns on you like a horde of screaming savages. In a situation like this one, the people who know and hold to the Faith are the Charles Atlas of the Catholic world. And it is going to be true very soon that they are going to require all that strength to stand up to what is coming at us. Anger can be the fuel for much of the fire in the blood required to get this far, but indulging in bitterness is really just a means of avoiding the fight. "Bitterness" is really just a fancy word for sulking, and right now, if you are indulging it, you're sulking while everyone else is fighting a war. It's a variety of self-indulgence that we have no spare resources for.

One of the terrors of Traditionalism is that we learn at some point that the Faith makes a totally uncompromising demand. It is this choice that the happy-clappy Kasperian Church wants to hide and banish. But we are coming to a time in which heroism is going to be only the first rung, the bare minimum requirement to save our souls. Ours is a fearsome Faith, and the kind of choices my friend made are going to be forced on more and more of us. We can't expect everyone to make the right one.

A big thank you to Miss White for saying things like this so well.

Posted by thetimman at 9:14 AM

Enjoyed that very much. She made an excellent point about faith cheaply and easily received being easy to drop- even if priceless. Exposing the truth of the poverty of formation in those days also counters the trite liberal notion that traditionalists are nostalgic.

Her point about the cost of the Cross and Ann B's post are well made. It struck me, last year during Passiontide. The Ordinary Form missal has a preface that states: (paraphrase) "In the Cross of Christ, God's judgement on the world is revealed."

I was having lunch with a priest friend in a nearby state, suffering under public rancor in favor of homosexual "marriages." He wondered when God would show forth His Hand- I thought of that preface prayer and responded, "If God shows His Hand, it will be in the suffering of the Church. We will suffer in imitation of our Lord to show the world the love of God."

No time for banal faith. I pray I my faith might at least be side-kick level, I fear I am too attached to sin to be heroic.

It's "Miss" White, if you don't mind, Mark. "Miss" is the honourific in English for an unmarried woman.

"Ms." was invented by feminist Marxists as part of their plot to destroy everything true and good and beautiful.

No problem. I think it was an auto correct, as a matter of fact.