Thou Hast Protected Me, O God 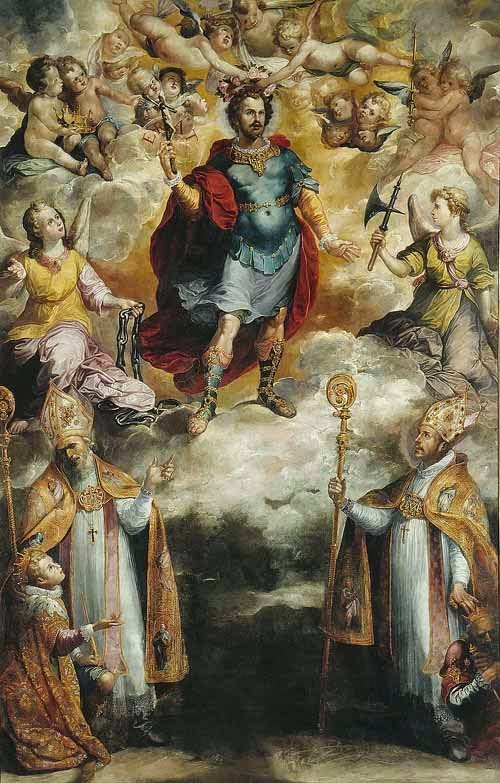 I would like to take a moment to mark the day-- the tenth anniversary of what I have described before as my "Damascus Road" moment with regard to the traditional Mass.  I covered the process of this deeper conversion to the whole of the Church's Tradition in a prior post.

But today marks the actual day that God knocked me off of my horse in the course of a simple Low Mass at St. Agatha's, April 13, 2005.  Here is how I described it that post:


God's grace hit me like a ton of bricks, and I am not ashamed to say that I wept openly.  It felt as though I had finally tapped into the Vine that contains all graces.  I had found the pearl of great price, and would sell everything I owned to possess it.

I know that the greatness of the Mass does not mean that I am great.  But I am grateful, and will always, God willing, be so.  I thank Him for this sign of His love for me, and for all the other ones, too.  Throughout the last ten years of daily joys and crosses, I have never forgotten that moment.

Today is the Feast of St. Hermenegild.  He was the son of the King of the Visigoths in Spain, and the Arians put him to death for his belief in the dogma of the consubtantiality of the Word of God with the Eternal Father.  A most fitting intercessor that day, for this Mass, and for this dangerous year.  The Introit today resonates with me:

Thou hast protected me, O God, from the assembly of the malignant, alleluia: from the multitude of the workers of iniquity, alleluia, alleluia. * Hear, O God, my prayer, when I make supplication to Thee: free my soul from the fear of the enemy.

May Our Lord, through the intercession of St. Hermenegild and all the saints, continue to guide us all amidst the dangers of life to our heavenly home.

Email ThisBlogThis!Share to TwitterShare to FacebookShare to Pinterest
Labels: housekeeping, the joy of the faith

Good for you, when finally coming to the Mass the way it is supposed to be. After my conversion in 1982, My wife and I had gone to 'Masses' around Lansing, MI, only to find out that they were just modified protestant services. I knew, since I had come from that background. And, I knew all of the songs! I told her that, one day, we would have to travel to get a good Mass if we really want to hold onto the Faith. We have been traveling for about 26 years now, and don't regret it one bit. Our Lady makes sure we get there and back OK. Way to go, and I like your blogspot.

I marked my 20 years of "reversion" to Rome in Feb. I can't say at what point I came to realize the errors of the novus ordo. I have continued to move toward more traditionalism all the time. I know I stopped singing most hymns at Sunday mass at a by the book novus ordo parish by the early 2000s. Regular attendance at largely music-free weekday masses were moving and meditative. They allowed me to really focus on the eucharist and Christ and the mysteries involved. Sunday N.O. masses now are a show to me. I still attend N.O. out of necessity and family harmony. I attend EF when I can otherwise.

Just wondering where Conscientious Catholic travels for the Latin Mass. We lived in Kalamazoo, MI for a little less than a year, and that was when we started going to the Latin Mass. We would travel all the way up to Grand Rapids every Sunday for Mass. Looking back, we really enjoyed the trip up there and back because it gave us time (as newlyweds) to really talk and reflect.

This is for Delena, and I hope this blog master doesn't mind if I pass on TM's around Michigan. I now go to Jackson, to St. Mary, Star of the Sea (12:15pm). However, Kazoo has the same at St. Mary Catholic Church (noon). This priest, Fr. Grondz, is awesome! And, there is a TM in Lansing at the Cathedral crypt (10:00am). There is also one in Allendale, MI (8:30am, I think). And, also one in Livonia at St. Ann's. We go here on first Saturdays, since Lansing is spiritually dead, offering nothing, except for the TM on Sundays. Good luck in your journey, and welcome to where the Truth is, the Traditional Mass of the ages. Thank you for letting me have a say. CC

Try these websites to locate a church near you.