This Sunday at 10am: Mass in Celebration of the Tenth Anniversary of St. Francis de Sales Oratory

Forgive the personal note, but I am of the opinion that St. Francis de Sales Oratory, an apostolate of the Institute of Christ the King Sovereign Priest, is about the best thing going in the Church today. 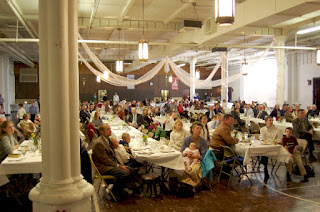 It's all of these things together.  It is Christ living among His people. 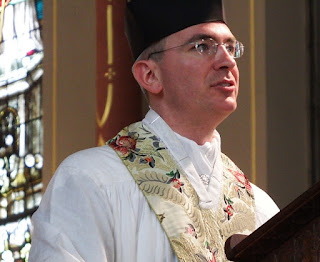 This Sunday, July 12, Canon Matthew Talarico, the Institute's Vice Provincial for the United States, will celebrate Solemn High Mass commemorating the Tenth Anniversary of the Canonical Erection of St. Francis de Sales Oratory at 10 am. A reception will follow in the Church hall.  Please, bring friends and family to mark this joyful occasion.


Dear Faithful and Friends of Saint Francis de Sales Oratory,
This coming Sunday we will celebrate the 10th anniversary of the canonical erection of Saint Francis de Sales Oratory. This celebration is an important milestone in the road to revitalization of this beautiful church and its campus. It began with the invitation by then-Archbishop Burke, and with the confidence of our superiors in Divine Providence in assuming the responsibility for Saint Francis de Sales. From 2005-2008, it was the courage and perseverance of Canon Lenhardt, members of the Institute community, and the unwavering support of the faithful that provided the foundation for the restoration effort. Much of the work since then is to build upon that foundation.

For the foreseeable future, Saint Francis de Sales will continue to be challenging, stretching our capacity to persevere and to make sacrifices. However, the many material difficulties we encounter must not lead us to overlook the work God does here continuously in provding the intitial cause for all work of sanctification: His grace.

It is with deep gratefulness for God's gifts that we celebrate the 10 years of the Oratory, and it is with profound joy in our hearts that we look forward to the future of this beautiful place of divine worship with its countless souls who have been sanctified here in the past, who are members of our community in the present, and who expect to guided by the Church's life in the future. With the generous support and blessing of His Grace, Archbishop Carlson, the Institute is eager to continue the work for the greater good in this privileged place in the beautiful city of Saint Louis.
In Christ the King,
Canon Michael K. Wiener
Rector, Saint Francis de Sales Oratory

I would like to end with a word of personal thanks to the Institute for all it has done, through this apostolate, for my family and me.  Not counting temporary assignments, below is an attempt at a complete list of those priests who have been resident here: 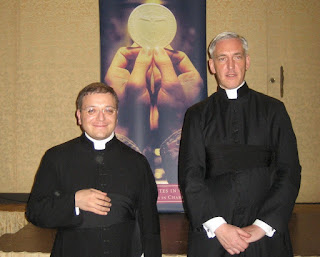 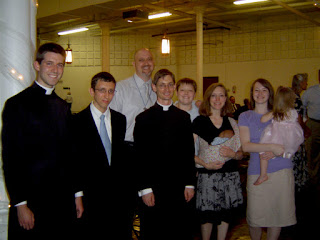 This does not cover the many, many priests of the Institute, other orders and the Archdiocese-- some of whom are affiliated with the Institute family-- who have provided spiritual direction, spiritual care, said Masses, heard confessions and have participated in various ways in the life of the Oratory.  A great thanks to all. 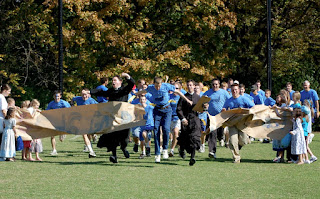 And who could forget the indefatigable Abbe Alex Barga, everyone's favorite Oblate?  Also, the scores of candidates and seminarians who have served here, some of whom we have received back as priests and oblates.  And that glorious year when we had the Sisters Adorers present among us. 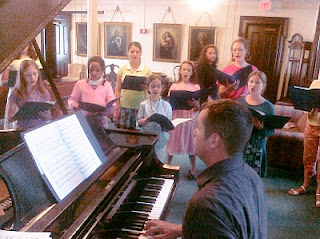 And Nick Botkins, the extraordinary Director of Sacred Music, and the choirs and schola.  It is said that he who sings prays twice.  But he who hears that choir at Mass prays thrice. 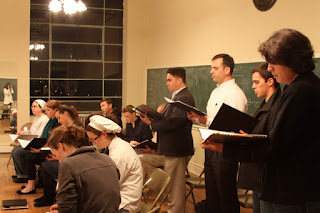 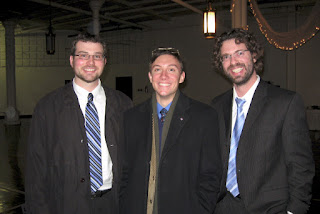 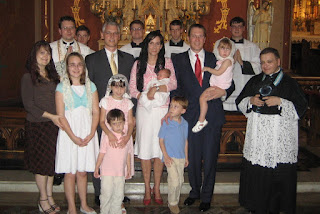 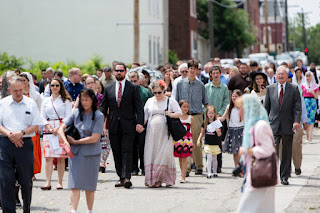 I think of all of them, of my family, immediate and extended, and of the many dear friends we have made in the last decade.  God is so good. 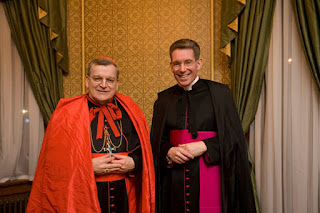 Finally, I certainly want to remember the great Cardinal Burke, who invited the Institute to Saint Louis and gave them this magnificent place of worship to care for.  The burdens of that care are offset by the spiritual benefits given.  And along with Cardinal Burke, our dear Archbishop Carlson, who has maintained the support for this apostolate and has seen his support flourish. 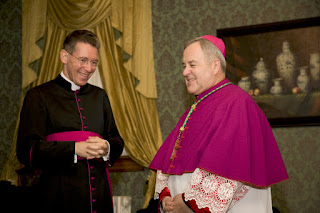 I was blessed to have been present at the first Institute Mass at the Oratory, Friday, July 1, 2005, celebrated by Canon Lenhardt.  I thank God for this ten-year stay at this marvelous oasis in the middle of the desert of modernity.

Please come Sunday to celebrate the goodness of God in the providence He has shown us.


And [Elias] went forward, one day's journey into the desert. And when he was there, and sat under a juniper tree, he requested for his soul that he might die, and said: It is enough for me, Lord, take away my soul: for I am no better than my fathers. And he cast himself down, end slept in the shadow of the juniper tree: and behold an angel of the Lord touched him, and said to him: Arise and eat. He looked, and behold there was at his head a hearth cake, and a vessel of water: and he ate and drank, and he fell asleep again. And the angel of the Lord came again the second time, and touched him, and said to him: Arise, eat: for thou hast yet a great way to go. And he arose, and ate, and drank, and walked in the strength of that food forty days and forty nights, unto the mount of God, Horeb.

I like your quote from 1 Kings - "Arise, eat: for thou hast yet a great way to go." A bracing admonition these days when we are, understandably, apt to give in to despair and hopelessness. And another great quote from Thomas More in the linked Mattei article: "If I have all the bishops against me, I have all the Saints and Doctors of the Church with me."

I will be there in spirit. You and the faithful there are indeed blessed. A happy & blessed 10th anniv. to you all.

You're so very fortunate to have the Oratory, Timman.

Not sure I can say there is anything else quite so amazing and vibrant for tradition in all of North America.