An Insight into Human Nature and Social Justice 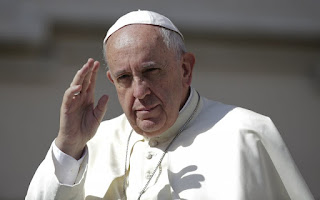 "I believe that man is, by nature, an exile and will never be self-sufficient or complete on this earth, that his chances of happiness and virtue here remain more or less constant through the centuries, and, generally speaking, are not much affected by the political and economic conditions in which he lives, that the balance of good and ill tends to revert to a norm, that sudden changes of physical condition are usually ill, and are advocated by the wrong people for the wrong reasons, that the intellectual Communists of today have personal irrelevant grounds for their antagonism to society, which they are trying to exploit.

I believe in government, that men cannot live together without rules, but that these should be kept at a bare minimum of safety. That there is no form of government ordained from God as being better than any other, that the anarchic elements in society are so strong that it is a whole time task to keep the peace.

I believe that inequalities of wealth and position are inevitable and that it is therefore meaningless to discuss the advantages of their elimination. Men naturally arrange themselves in a system of classes and that such a system is necessary for any form of cooperative work, more particularly the work of keeping a nation together.

I believe in nationality, not in terms of race or divine commissions for world conquest, but simply this: Mankind inevitably organizes itself into communities according to its geographical distribution. These communities, by sharing a common history, develop common characteristics and inspire a local loyalty..."

(N.B. written as one paragraph, I have split up the sections merely for easier reading online)
Posted by thetimman at 10:37 AM

This ais a great book, unjustly denigrated because ip his trip was sponsored by a capitalist who lost a lot in the nationalization and redistribution schemes. I encourage folks to read it,