Nothing New under the Sun 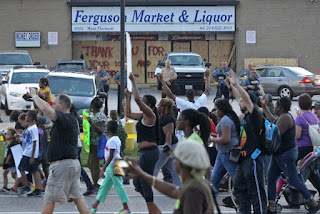 57 1 That all existing things are subject to decay and change is a truth that scarcely needs proof; for the course of nature is sufficient to force this conviction on us. 2 There being two agencies by which every kind of state is liable to decay, the one external and the other a growth of the state itself, we can lay down no fixed rule about the former, but the latter is a regular process. 3 I have already stated what kind of state is the first to come into being, and what the next, and how the one is transformed into the other; so that those who are capable of connecting the opening propositions of this inquiry with its conclusion will now be able to foretell the future unaided. And what will happen is, I think, evident. 5 When a state has weathered many great perils and subsequently attains to supremacy and uncontested sovereignty, it is evident that under the influence of long established prosperity, life will become more extravagant and the citizens more fierce in their rivalry regarding office and other objects than they ought to be. 6 As these defects go on increasing, the beginning of the change for the worse will be due to love of office and the disgrace entailed by obscurity, as well as to extravagance and purse-proud display; 7 and for this change the populace will be responsible when on the one hand they think they have a grievance against certain people who have shown themselves grasping, and when, on the other hand, they are puffed up by the flattery of others who aspire to office. 8 For now, stirred to fury and swayed by passion in all their counsels, they will no longer consent to obey or even to be the equals of the ruling caste, but will demand the lion's share for themselves. 9 When this happens, the state will change its name to the finest sounding of all, freedom and democracy, but will change its nature to the worst thing of all, mob-rule.

With all that nonesense going on in your town, I thought to myself today that one of St. Peter Claver's canonization miracles was in St. Louis at the Shrine of St. Joseph. He's the patron saint of African-Americans. Since there are no coincidences with God, maybe St. Louis Catholics should hold a novena before his feast on September 9th...