The Three Blessings of Marriage 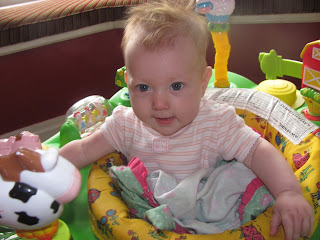 The Three Blessings of Marriage

The faithful should also be shown that there are three blessings of marriage: children, fidelity and the Sacrament. These are blessings which to some degree compensate for the inconveniences referred to by the Apostle in the words: Such shall have tribulation of the flesh, and they lead to this other result that sexual intercourse, which is sinful outside of marriage, is rendered right and honourable.

The first blessing, then, is a family, that is to say, children born of a true and lawful wife. So highly did the Apostle esteem this blessing that he says: The woman shall be saved by bearing children.' These words are to be understood not only of bearing children, but also of bringing them up and training them to the practice of piety; for the Apostle immediately subjoins: If she continue in faith. Scripture says: Hast thou children? Instruct them and bow down their necks from childhood. The same is taught by the Apostle; while Tobias, Job and other holy Patriarchs in Sacred Scripture furnish us with beautiful examples of such training. The duties of both parents and children will, however, be set forth in detail when we come to speak of the fourth Commandment.

The second advantage of marriage is faith, not indeed that virtue which we receive in Baptism; but the fidelity which binds wife to husband and husband to wife in such a way that they mutually deliver to each other power over their bodies, promising at the same time never to violate the holy bond of Matrimony. This is easily inferred from the words pronounced by Adam when taking Eve as his wife, and which were afterwards confirmed by Christ our Lord in the Gospel: Wherefore a man shall leave father and mother and shall cleave to his wife and they shall be two in one flesh. It is also inferred from the words of the Apostle: The wife hath not power of her own body, but the husband: and in like manner, the husband hath not power of his own body but the wife. Justly, then, did the Lord in the Old Law ordain the most severe penalties against adulterers who violated this conjugal fidelity.

Matrimonial fidelity also demands that they love one another with a special, holy and pure love; not as adulterers love one another but as Christ loves His Church. This is the rule laid down by the Apostle when he says: Husbands, love your wives as Christ also loved the church. And surely (Christ's) love for His Church was immense; it was a love inspired not by His own advantage, but only by the advantage of His spouse.

The third advantage is called the Sacrament, that is to say, the indissoluble bond of marriage. As the Apostle has it: The Lord commanded that the wife depart not from the husband, and if she depart that she remain unmarried or be reconciled to' her husband; and let not the husband put away his wife. And truly, if marriage as a Sacrament represents the union of Christ with His Church, it also necessarily follows that just as Christ never separates Himself from His Church, so in like manner the wife can never be separated from her husband in so far as regards the marriage­ tie.

--from the Roman Catechism
Posted by thetimman at 10:06 AM

Email ThisBlogThis!Share to TwitterShare to FacebookShare to Pinterest
Labels: Church as the Mother of Culture, Faith Matters, Truth

This is excellent material. With the U.S. Government now allowing homosexual unions the privs of marriage, I think it's more important than ever for our Church leaders to emphasize this, like the Holy Father did in his speech to Congress, and again when he spoke to the crowd ouside the Speaker of the House's balcony.

Guess I am damned as I am unable to bear children.

Agnes, I am sorry for your situation, but you mistake catechism here. Someone who is open to having children but who is prevented for some reason from having them is not under some sort of anathema. Far from it. Your longings can be the source of a most powerful blessing in your marriage. "Being saved" through children is a description of that willingness, and action, so far as it is required, in bearing and raising them. Your desire to do so suffices absolutely. And your special cross might be means to bear and raise spiritual children in the order of grace: friends, family, strangers, even.

I don't experience your cross, so I could say no further. But I have lost children, and know that pain. And there are others who bear illness, children who have fallen away from the faith, etc.

We bear each other's burdens, too. We are His Mystical Body, after all.