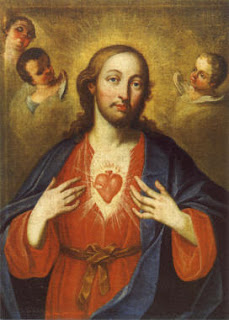 There aren't many left who care, perhaps, but I thought it a good time to put down in writing what I have been thinking awhile about the nature of this platform. The need has been reflected in the sporadic and unfocused posts of the last year.

I started the blog to support the traditional faith and sacramental practice of the Catholic Church, and secondarily to support and defend Cardinal Burke (then-Archbishop of St. Louis) from unjust attack.  Woven in and out of this mission was my intent to spout off on other topics as I saw fit, but keeping in mind the mission above. Part commentary, part comedy, part devotional, part news.

Lately, I don't know if you've noticed it, there has been this unprecedentedly horrible pontificate with lots of problematic documents, interviews, disciplinary decisions and the like. This pontificate, if you haven't heard, is wildly popular with people who hate the Church, and has wounded, divided and dismayed the ever-dwindling number of people who love the Church.

Because of this phenomenon, I have gotten bogged down, personally and blog-wise, with trying to say something about it to help people who love the Church-- to sound the alarm, to rally, to confront as each day's outrage seemed to prompt me. The problem with this is that I am not uniquely qualified to do any of that, and the blog's content may sometimes give a false impression that things are hopeless, or that I am in danger of despair, or even have given into despair. I have not despaired. My faith in the Church is strong, maybe stronger than ever. I remain optimistic even about the Church's future, knowing that Christ's triumph is certain.

More than anything, blogging about events has been a constant temptation to sin for me personally in many ways, even while also at times being an inspiration to persevere as well.  Complicated.

The real issue with my lack of unique qualification to "fix" things is that whatever good can be done by good people speaking out, there are at least several others out there doing it better than I am and with a far greater reach of readership than I have.  SLC too often has been a mere echo chamber for them. Nothing wrong with that per se, but not worth the time and energy I have given it. That ends today.

Because the news of the bad never stops with this pontificate, and the alarm has been sounded.

All who have ears have heard it, and all who plug their ears will never hear.

This is not to say that I will back down from defending the faith. With God's grace, never. But I needn't have the pretense of thinking you need to hear from me on every controversy when it is well covered elsewhere.

The constant controversies have distracted from my main goals as originally conceived. Even certain local persons who love the traditional Mass have distanced themselves from this blog, and that is something that bothers me greatly.

I'm not retiring, but I will focus on what I intended to do from the beginning. Support the traditional Mass, sacraments and faith. Support faithful prelates, priests and laymen. Mix the news and commentary with devotional items and humor.  Focus on quality over quantity. Be a place for faithful Catholics to visit and enjoy.

Posted by thetimman at 2:22 PM

One of the problems with this blog is that you refuse to acknowledge that there is a Catholic Church beyond the small group of Catholics (and yes, you are Catholics) that practice in the pre-1962 form of the Mass. I don't know if it is your attempt to be comedic, but to say that this pontificate is wildly popular with those who hate the Church, is just nasty. I love the Church now as I have for the last 60 + years, and I love Pope Francis. If you continue to equate the vast majority of Catholics as "haters of the church", maybe it's time for you to examine how you got to this point.

Having said all this, I generally enjoy reading your blog. Your are obviously intelligent but at the same time you are really narrow minded. And don't give that BS about you are just following the catechism. No you're not.

"awhile" is two words: a while

In the short while that I have bee reading you, I notice that you seldom comment on matters that at times involve the Church in St. Louis. The St. Louis Review, which hs improved a great deal in its coverage, still avoid matters of controversy which is underestandable at times. All local Catholics can do is read what appears in the St. Louis Post-Dispatch, no friend of the Church. While I can understand the archbishop’s reluctance to comment on the big story about alleged abuse by Rev. Charles DeGuire, it was a grievous shock to open the paper that morning, see Thomas Viviano bawling in front of the Cathedral and supported in his lawsuit by SNAP, a lawsuit based on suppressed memories. What he alleges I should think would be hard to suppress. I can still remember the prayers at the foot of the altar said as a server circa 1948-52 in Chicago as a server. DeGuire was functioning here then. Google reports that he married folks in 1946. I can understand this may be out of your purview for good reasons. But I came to your site originally for news about the Traditional Mass but also for tuckpointing in gaps the Review often misses. I understand your comments today but althrough relatively new to the site I feel that you may be too hard on yourself. You have this lay pulpit and can say locally what many of us cannot. I hope you continue to blast off as the spirit or Spirit moves you. Nothing wrong with being unhappy with the pope when he speaks from the cuff and not from the Chair.

Phew!! Dylan will be gone too!

Disregard everything that "Sam" said above, and keep up the good work.

As you well know, there are millions of people in the world today who consider themselves to be Catholic, including some in a hotel in the Vatican, who previous generations of Catholics would have never recognized as such.

As you once said, "everything in the light of Fatima."

And if you really want some good news, blog about this:

Glad you are staying, Timman. It is comforting to have a local ally in these times.

Nevertheless, I will look, as I do everyday now, for your apt, well-expressed, germane, proportioned view on the hypnogogic hallucinations
that are continually and increasingly disturbing the Church's rest in God. Continue as you've been doing; you are a help in the Body of Christ.

I miss the previous header. It was quite appropriate for our times.

ATW, it can be retrieved. I'm thinking like a bat signal...

Stick me in the Sweep-Aside Somber Sam's Unsupportable Slams column

Well, I have been pleased to find your blog and subscribe to it on my reader. I've enjoyed what you have put out there. My interest has been due to the fact that I am seeking to relocate my family from the state of Florida to the St. Louis area so that we can attend St. Francis de Sales and other faithful churches in the area.

The majority of "Masses" down here are abhorrent! Here's a church (http://divinemercychurch.org/) that is designed in the shape of an Egyptian Pyramid and has Jesus nailed to the wall (not a cross). Can't see the Tabernacle? Yeah, you can genuflect towards a completely different room off to the side (what they CLAIM is a chapel).

There is 1 Novus Ordo Mass that USED to be good -- St. Joseph's near UCF, but the bishop more or less forced the orthodox priest there to retire against his will. He'd have traditional music, usually served ad orientum, would only have Altar boys, and only had men serving as Extraordinary Ministers of the Eucharist (something we all now is more ordinary than it should be). He even had to put in Altar Rails on his own dime... the diocese wouldn't support it at all.

We have 1 Latin Mass within reach (which we attend -- about an hour away)... and it's worth it! As husband and father, it's my responsibility to make sure I give the best to my family. St. Joseph's did well for a while, but finding the Latin Mass was a real blessing.

Let those that argue about being "Catholic but not a Latin Mass Catholic" have their say... what they don't realize is that it's not about "us vs. them"... our focus and motives are to be focused on GOD. We all need to be open and honest about what's the best way to give the utmost reverence and worship to God and get away from "feelings" or "being inclusive" or "the spirit of Vatican II". An intellectually honest person can see with open eyes that the Latin Mass is utterly focused on proper worship due to god.

This is in contrast to the majority (but not all) Novus Ordo "Catholic" Masses. With the word "Catholic" meaning "universal", you have to wonder why so many of these "universal" Novus Ordo Masses are so different (i.e., non-universal, non-uniform).

It is my hope you'll continue to blog about the issues of the day and how the local faithful are responding. As I continue to work towards relocation to that area, I hope that I'll find that I made a wise decision to find members of the Remnant that will stand hold and true when the rest of society collapses under the weight of its sin. God's righteous judgement will not be withheld from a nation that murders the innocent by the MILLIONS. Fatima warns us! If the final battle is going to be over matters of marriage and family, the signs suggest that time is now.

You forgot the tag "Why Catholics Drink So Much"