The Nightmare before Christmas 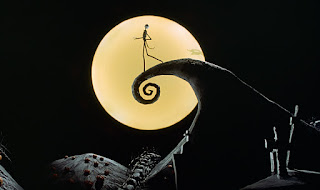 Fr. Brian Harrison has written a piece for The Remnant Newspaper taking on Francis' comments labeling "proselytism among Christians" as a grave sin.  Yes, he said that.

Anyway, Fr. Harrison does such a good job, I thought I'd repost it here:

"Proselytism among Christians, therefore, in itself, is a grave sin,” said Pope Francis.

The journalist then asked, “Why?”

“Because it contradicts the very dynamic of how to become and to remain Christian,” he said. “The Church is not a soccer team that goes around seeking fans.”

It would be hard to conceive of a more superficial, more puerile, remark on relations with other Christian denominations. How much lower can the papacy sink - in terms of both cheap jibes that demean and dishonor the supreme office of Christ's Vicar on earth (lambasting an opposing position with a crude straw-man caricature that would discredit a junior high schooler) and outright heterodoxy?

I mean . . . Trying to help non-Catholic Christians, by reasoned argument and apologetics, to recognize and embrace the fullness of revealed truth - and for Francis, that certainly qualifies as "proselytism" - is now to be condemned as sin? And indeed, grave sin? Even though Vatican Council II (to which the Holy Father professes his full adherence) clearly restates that all have a moral duty to seek, embrace and hold fast to this truth of the Catholic Church (cf. Dignitatis Humanae, #1)? Even though the Council (Lumen Gentium, #14) and the Catechism (#846) reaffirm the dogma "Outside the Church there is no salvation", explaining it to mean that those who recognize the Catholic Church as embodying the true religion, yet refuse to enter or remain in her, cannot be saved?

I myself am a convert from Presbyterianism. Prompted by the aforesaid conciliar teaching, I became a Catholic in order to save my soul. The Catholic faith I have professed now for 42 years is the most precious gift I have received. And now the head of Christ's Catholic Church on earth, no less, is telling me that those Catholics who by personal conversation and written argument helped persuade me to abandon my Protestant heresies and embrace the fullness of revealed truth were thereby committing grave sin? And he's justifying this excoriation of convert-seeking with a vapid "explanation" that explains nothing ("Because it contradicts the very dynamic of how to become and to remain Christian”)?

How many previous Successors of Peter must be rolling in their graves at such comments!  This, coming from a pope, is . . . outrageous. Mind-boggling. Unspeakable. Incredible. The stuff of nightmare. It is calling good evil, and by implication, evil good. Sorry, I can't find adequate words here, so will simply give up seeking them and sign off.
Posted by thetimman at 5:26 PM

I guess all those missionary martyrs died for nothing and cannot possibly really be saints then because they gave their lives to bring souls to the CATHOLIC Church!

I do not know what this pope is but Roman Catholic? Not so much.

My church she is a Catholic
But some see Henry’s view
It really doesn't matter that
Hank killed some Saints, a few.

He also had oh, several wives
And took some of their heads
But Church of England called him first
That stallion of all beds.

Carthusians, smarthusians
In habits hung around
Quiet not like Campion
Beth brought that braggart down.

And merry, Margaret Clitherow
Oh, what a cheeky dame
Hiding priests behind her skirts
Liz crushed her little game.

Some Bishops say, "That's long ago.
Those times are of past scene."
Now, “Who are we to judge?” They ask
“Just make sure you go green!”

And on some Altars relics,
Rigid, martyred by Hank's lust –
Bishops bent with sin’s intent
Will burn us ash to dust.

"Bless me Father for I have sinned, my last confession was one month ago. Since that time I invited a non-Christian to consider becoming a Christian.