The Discreet Charm of the UHB

After reading this synopsis from the Harvard Film Archive, I know you will run, not walk, to your local Blockbuster Video to rent the incredible Whit Stillman masterpiece, Metropolitan:

In a time “not so long ago,” the discreet charms of the self-described “Urban Haute Bourgeoisie” imbue the debutante after-party scene of Manhattan’s Upper East Side. Beguiled by the clique of collegiate preppies known as the Sally Fowler Rat Pack, Socialist-turned-socialite Tom Townsend finds their unpredictable banter and adherence to an old-fashioned sense of civility curiously admirable. With adult role models ineffectual or absent, this “doomed” class looks instead to F. Scott Fitzgerald and Jane Austen. They replace large emotions with an over-intellectualization of every social misstep and amuse themselves with cruel manipulations, yet their insular microcosm also possesses its own variety of camaraderie, profundity and eventually, love. In his directorial debut, Stillman brings a witty and wistful edge to his sympathetic portrayal of neurotic teenage aristocrats facing obsolescence.

Seriously, though, this movie is an all-time classic, one I've evangelized for more than Bob Dylan, and that is saying something. It stands for the timelessness of tradition, the failures of modernism, and the simultaneous hope and hopelessness of fronting for tradition in a modernist world. And it is funny. And you'll learn more about formal and semi-formal wear than you thought possible, just by paying attention.

For more inducement, read this review of the Whit Stillman early '90s trilogy by one of my least favorite reviewers. Or this review by a reviewer I've never heard of. 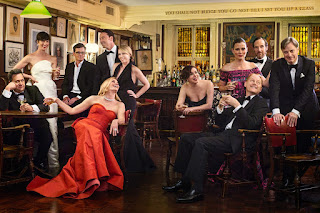 Posted by thetimman at 4:41 PM

Email ThisBlogThis!Share to TwitterShare to FacebookShare to Pinterest
Labels: beauty is truth - truth beauty, the joy of the faith, why do Catholics drink so much?

METROPOLITAN
VERY BAD THINGS
and WAITING FOR GUFFMAN...
three of my favorite fin de siecle films of the late 90s.